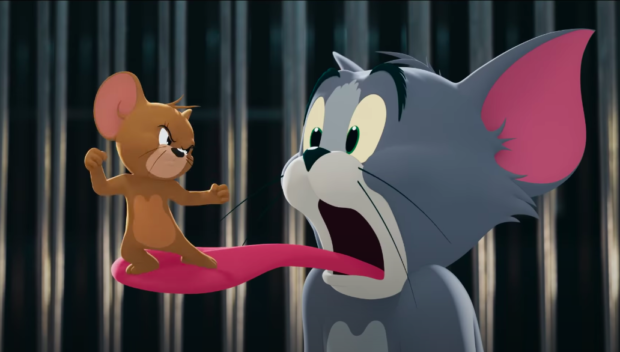 Fans of the classic cartoon “Tom & Jerry” have been treated with the first look of its upcoming film adaptation earlier this week.

In “Tom & Jerry,” the titular rivals will be coming at each other once again, but they bring their shenanigans to the real world this time, as seen in the trailer released by Warner Bros. Pictures via YouTube on Nov. 17.

Despite being in a live-action setting, the cat-and-mouse duo will still be appearing in their cartoon selves, albeit being stylized in 3D. The film was directed by Tim Story (“Fantastic Four”) and produced by Chris DeFaria (“Ready Player One”).

“One of the most beloved rivalries in history is reignited when Jerry moves into New York City’s finest hotel on the eve of ‘the wedding of the century,’ forcing the event’s desperate planner to hire Tom to get rid of him, in director Tim Story’s ‘Tom & Jerry,'” the film’s synopsis read.

“The ensuing cat and mouse battle threatens to destroy her career, the wedding and possibly the hotel itself. But soon, an even bigger problem arises: a diabolically ambitious staffer conspiring against all three of them,” it added.

“Tom & Jerry,” based on the beloved animated show of the same name, will be hitting theaters next year. The rivals will be joined by Chloë Grace Moretz, Michael Peña, Rob Delaney, Colin Jost and Ken Jeong. JB