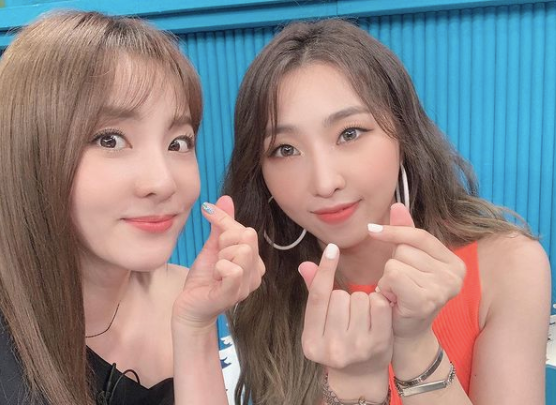 Sandara Park commended her former 2NE1 bandmate Minzy after the latter debuted her music career in the Philippines earlier this week.

Park also asked fans to support their “bunso” as the latter has just released the Tagalog version of her song “Lovely” last Friday, Nov. 20, to mark her debut.

(She is so good! Minzy’s “Lovely” Tagalog version! This suits her voice, and also the lyrics. Did you like it?)

In the Tagalog version of “Lovely,” the South Korean star sings the chorus in Filipino while retaining the verse in Korean.

The original version of the said single was released just last May. A music video for the Tagalog version of “Lovely” was also released on Nov. 20 via the VIVA Records YouTube channel.

Minzy has signed a partnership with VIVA Artists Agency under VIVA Records, which announced her joining the talent agency on Nov. 13. JB