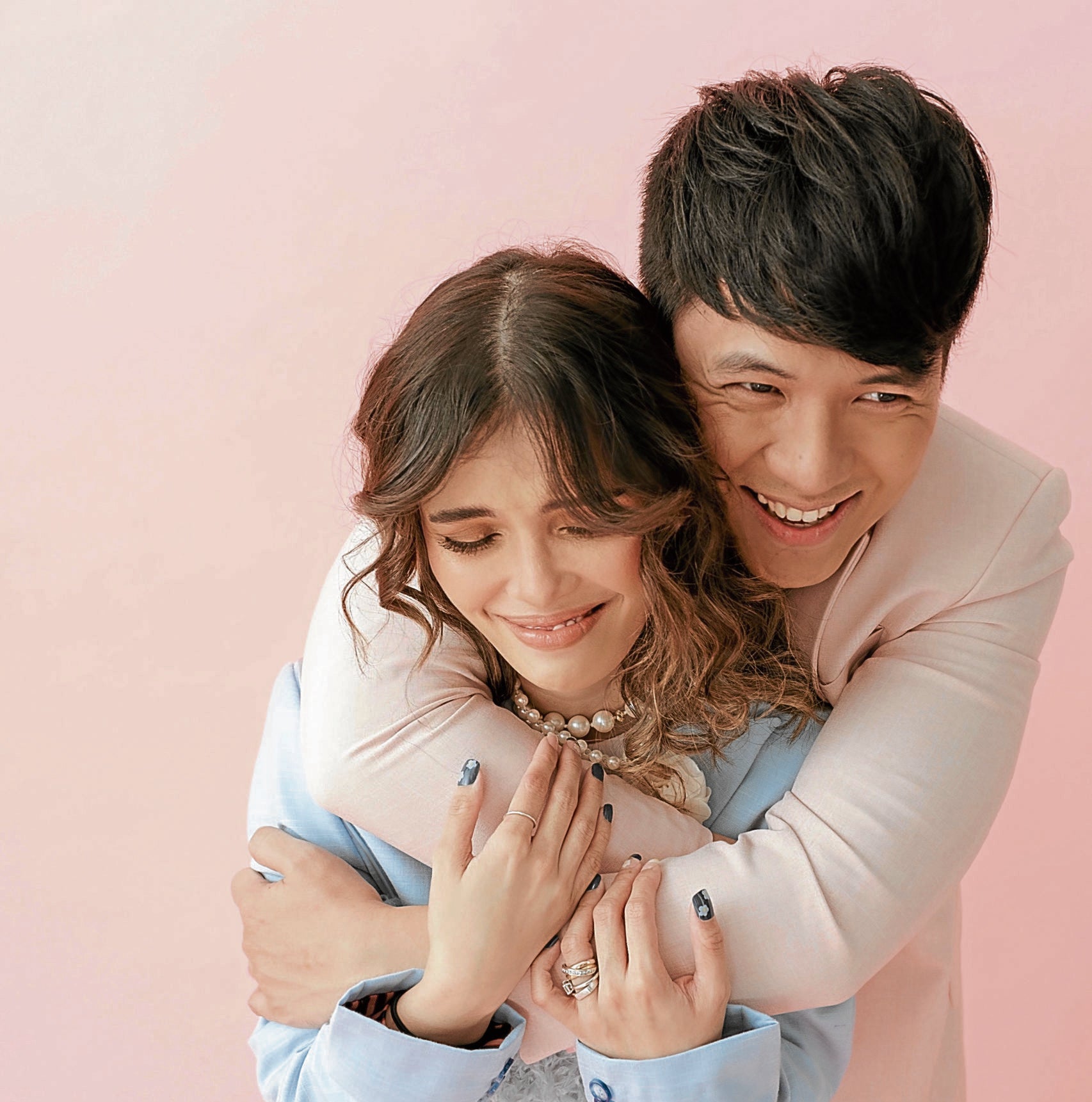 It was a “bittersweet” wedding for KZ Tandingan and TJ Monterde.

Though they were happy that they finally got to tie the knot after five years of dating—pandemic and all—there was also a tinge of sadness, the two music artists said, because their respective parents were unable to witness the ceremony in person last August.

KZ hails from Davao del Sur; TJ, from Cagayan de Oro. And because of flight restrictions at the time, the couple’s closest family members in Minda­nao had to make do with a live stream on a video chat service.

“We’re considering having another ceremony when things get better. But the experience of walking us down the aisle is something they will never have anymore. But we’re still happy they saw the wedding,” KZ told the Inquirer in a video confe­rence arranged by PolyEast Records.

“But that also made us realize just how much our parents love us. Despite their yearning to be with us, their selflessness prevailed,” TJ added. “They were like, ‘OK lang na wala muna kami diyan.’ And we really felt their love. What’s important was that we were there for each other.”

The couple exchanged vows under a 300-year-old mango tree in a farm resort in Batangas province last August. Ebe Dancel played the song “Bawa’t Daan” during the bridal walk. Martin Nievera, whom KZ and TJ consider a dear mentor and father figure, stood in for their parents.

How did it feel seeing KZ walking toward him? “Lutang,” TJ quipped, laughing. “I couldn’t fully grasp the moment. I was just so happy. I was on cloud nine.”

When the country was first put on lockdown last March, KZ and TJ’s initial decision was to postpone the wedding to a later date. But later on, they realized that there really is no telling what would happen in a year or two years’ time. For all they knew, they could just end up postponing the wedding a second time.

It was a particularly difficult decision for KZ, who’s a meticulous planner. “I mapped out the whole year, but I had to scrap almost everything. Then, I thought that we couldn’t keep pushing the wedding back. Will things be better after two years? There’s no assurance. I mean, we had no idea this [pandemic] will happen this year,” she pointed out.

“So we just thought, ‘Let’s get married, so that, no matter what happens, we’ll already be together,’” she added.

Being in quarantine wasn’t exactly how KZ and TJ imagined their first months as husband and wife would be. But the good thing is that all the time at home has allowed them to create more music.

“Being under one room is an advantage for us because we can easily collaborate. Writing songs isn’t my strongest suit, so I go to TJ for advice whene­ver an idea comes to mind. And when he has to record something and unsure how to go about the vocals, he asks me about it,” KZ said.

“We always encourage each other’s personal growth and career development. We’re always talking about how to make our songs better. And have never been more productive because we’re both inspired and live together now,” TJ said.

And one such offering is their latest single “Simula,” which tackles the realities of marriage. It’s a song they hope to look back on when things get tough; a song that will remind them why they exchanged vows in the first place.

“Our married friends always tell us that the wedding isn’t your happy ending—it’s the beginning of a new journey. And as you go along, you will face challenges that will test your relationship,” KZ said of the ballad, which will be part of a wedding EP that will contain English, Filipino and Bisaya songs.

“A lot of wedding songs are about finally finding the one, about the most awaited moment … But what happens when the ‘kilig’ starts to fade?” she added. “We wanted to write a song that would remind us of our promise to each other, of how it all started for us.”