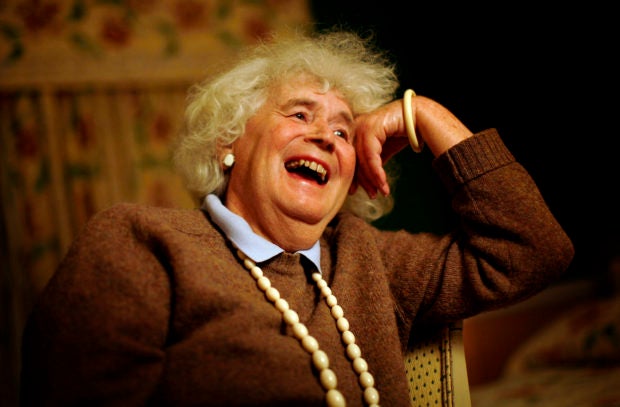 Jan Morris, who first published under the name James, switching to Jan after undergoing a sex change in 1972, has signed an agreement with her British and American publishers Faber & Faber and W.W. Norton to publish her final work “Allegorizings” with the caveat that they may only publish it after her death. Image: Reuters/Mike Segar

LONDON — British travel writer and transgender pioneer Jan Morris, who as a journalist broke the 1953 news of Edmund Hillary’s conquest of Everest, has died at the age of 94.

“This morning at 11.40 at Ysbyty Bryn Beryl, on the Llyn, the author and traveller Jan Morris began her greatest journey. She leaves behind on the shore her life-long partner, Elizabeth,” her son Twm Morys said in a statement on Friday.

Morris, who first published under the name James, switched to Jan after undergoing gender reassignment in 1972 and was the author of more than three dozen books.

She ranked highly among travel writers, with Publishers Weekly once calling her “one of the most admired and imitated travel writers alive”.

Her books include “Manhattan ’45,” about New York in 1945, “Venice”, the “Pax Britannica” trilogy about the decline of the British Empire, and “Conundrum” about her transition.

Teacher and trans campaigner Debbie Hayton said Morris’s 1974 memoir had been revelatory, coming at a time when the only mention of trans people in the media was salacious headlines.

“Wind the clock back 30 years ago and all we had was Jan Morris’s book,” Hayton told the Thomson Reuters Foundation. “It was such a pioneering book that told her story when there were few other stories like these being told.”

A book of essays, “Allegorizings”, musings on ageing and the complexity of life, will be published posthumously.

‘Proud of my books’

In a BBC “Artsnight” interview with writer and broadcaster Michael Palin, himself a renowned traveler, Morris said her life had been “one self-centered exercise in self-satisfaction”.

“I’ve enjoyed this life very much and I admire it,” she said. “I think it’s been a very good and interesting life and I’ve made a whole of it quite deliberately.”

Born in Somerset, England, in 1926, Morris and her partner Elizabeth had five children — including the Welsh poet and musician Twm Morys. They had remained together since their 1949 marriage and lived in North Wales.

In a 2008 interview with Reuters, she said she had been “personally concerned with my own death for ages”.

“About 30 years ago I had our gravestone cut,” Morris said.

“It’s under the stairs at home, it has been there ever since. It’s got my own epitaph, which is ‘Here are two friends — Jan and Elizabeth Morris  —at the end of one life.'”

Morris told Reuters that she was “proud of her books”, saying her favorite was “Trieste and the Meaning of Nowhere”, which detailed her love affair with the Italian city she first visited as a soldier at the close of the second world war.

She spent much of her life in Wales, writing initially for British newspapers before embarking on a career as a travel writer. In 2018, the Financial Times called Morris “perhaps the best-traveled Briton alive”.

The recipient of many awards over her long career, she was awarded a CBE in the Queen’s Birthday Honours list in 1999.

Tributes to her flooded social media on Friday.

Best-selling author Kate Mosse tweeted that Morris had been “an extraordinary woman”.

“Her beautiful writing touched so many of my worlds. A very special and lovely human being,” tweeted Paul Jenkins, chief executive of The Tavistock and Portman NHS Foundation Trust, Britain’s leading gender identity clinic. NVG