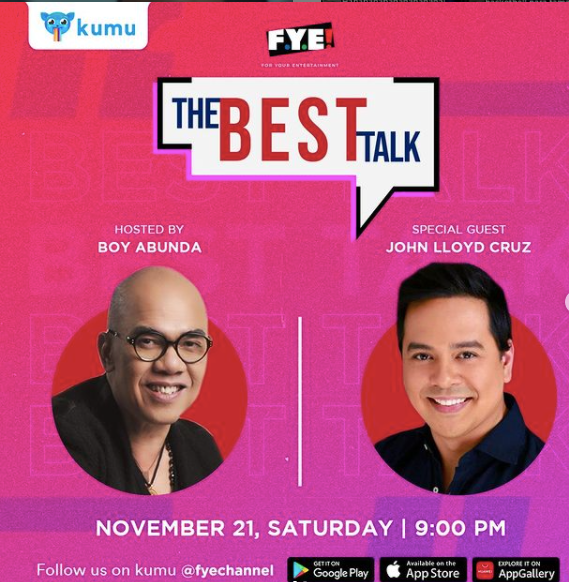 The two’s virtual live chat will air on livestreaming app Kumu at 9 p.m., according to Cinema One’s announcement on Instagram yesterday, Nov. 18. Fans can also tune in via Cinema One’s Facebook page and YouTube channel.

Abunda’s “The Best Talk” is one of the shows under the For Your Entertainment (FYE) Channel of ABS-CBN.

In another post, Cinema One revealed that Cruz would be the one to ask the King of Talk questions.

“On the next episode of ‘The Best Talk,’ si Tito #BoyAbunda naman ang maho-hot seat! At sino ang mangho-hot seat? No other than, #JohnLloydCruz!” Cinema One announced.

It was also revealed that all the money to be made from the said stream will go to the victims of Typhoon Ulysses.  /ra