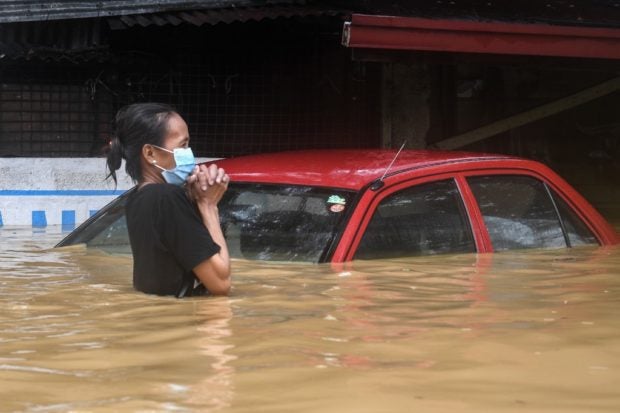 A resident makes her way through a flooded street to shelter after Typhoon Vamco hit, in Marikina City, suburban Manila, on Nov. 12, 2020. Image: AFP/Ted Aljibe

The recently launched, Filipino-made streaming service Upstream will be donating its proceeds to victims of the recent typhoons.

The said streaming service, led by filmmaker Erik Matti and producer Dondon Monteverde, has pledged 100% of the money gained from its launching project, “14 on 14,” to Ayala Foundation Inc.’s Project Pananagutan.

“With many of our fellow Filipinos hit by storm [Ulysses], Upstream would like to donate all the proceeds of our launching project #upstream14on14 to the victims of this disaster,” Matti announced on Instagram yesterday, Nov. 17.

Upstream, together with Globe Telecom, has partnered with the Metro Manila Development Authority to air the upcoming films of this year’s Metro Manila Film Festival. Each film under the annual December festival will be priced at P250.  /ra

Leni Robredo thanks Bea Alonzo, I Am Hope for help in typhoon relief efforts