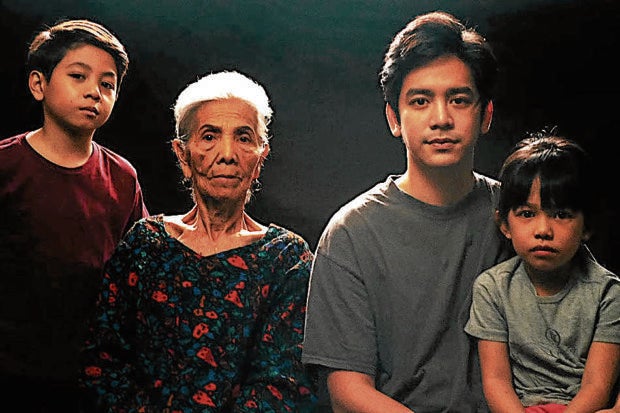 Tickets to watch the eight finalists of the 2020 Christmas edition of the Metro Manila Film Festival (MMFF) will be priced at P250 each.

The festival’s organizer, the Metro Manila Development Authority (MMDA), has partnered with Globe Telecom and Upstream for the MMFF to still push through—despite the COVID-19 pandemic—with the two-week-long event that will be held “purely online.”

These announcements were made during the virtual media conference organized by the MMDA on Friday morning.

MMDA chair Danilo Lim said the MMFF has been part of the Filipino tradition during the holidays, saying “We will not allow the pandemic to deprive the people of their chance to see these Filipino movies, especially during these difficult times. Gumawa tayo ng paraan.”

Lim also declared: “Since the cinemas cannot operate at least during this pandemic holiday season, we’ve decided to do this so that people can still enjoy the MMFF, even while at home.”

The MMDA chief also said that the agency has received five different proposals from different outfits, “but we’ve gotten the best one from Globe.”

Meanwhile, Ernest Cu, Globe president and CEO, pointed out that the MMFF has been engaging the Filipino audience for many years. “We all want to see our favorite stars on the big screen. We all know that our movie houses are presently closed and will most likely not be able to open in time. If not, people are afraid to enter the cinemas because of the dangers that COVID-19 has brought with a closed environment and close contact. Nothing is more enclosed than the cinema,” he pointed out.

Cu added: “Globe has tried its best to bring solutions to the everyday plight of the Filipino people, particularly when it comes to the pandemic. With our partner Upstream, we aim to recreate the Christmas we love, using digital means. This will reach even our OFWs (overseas Filipino workers) because this will be streamed virtually, and also through the video-on-demand platform.”

Cu said the official partnership is also in line with Globe’s antionline piracy called #playitright. “We know that consumers around the world, if faced with difficulty in accessing what they want, will find other means to get it. That’s when illegal streaming and copying of content emerge.”

He further explained: “Of course, we can’t stop them if they decide to record a film using their cameras and restream it. But what we do is try to educate people of the negative effects of piracy, particularly to the livelihood of thousands of people in the entertainment and content industry. We deprive them of income for the hard work they do. If they don’t earn from their products, they will no longer have a reason to make more engaging content.”

Meanwhile, MMFF executive chair Romando “Don” Artes said MMFF tickets can be purchased at P250 each. “For this price, not only one person but the whole family can watch. You also experience the film with a group,” he declared.

Artes also said even the traditional activities of the MMFF would be virtual. This includes the Parade of the Stars held every 23rd of December and the Gabi ng Parangal, held every 27th. Some of the entries this year are top-billed by the likes of Joshua Garcia (“Ang Mga Kaibigan ni Mama Susan”) and Vice Ganda (“Praybeyt Benjamin 3”).

However, he failed to elaborate as to how the parade, which used to feature artists participating in a motorcade that passes through key points inside the MMFF host city, will be carried out this year.

“We will be strict in observing proper health protocols,” Artes pointed out. “Also, no movie house will be opened for the MMFF. We don’t want this to be a venue for spreading the virus.”

He also stressed that opening cinemas “would likewise not be economical for operators. If we’re going to be strict with the imposition of the protocols, cinema patrons should be two seats apart. That means only one-third of the cinema’s full capacity will be occupied. Thus, screening of the movies that are part of the MMFF will be strictly online.” INQ