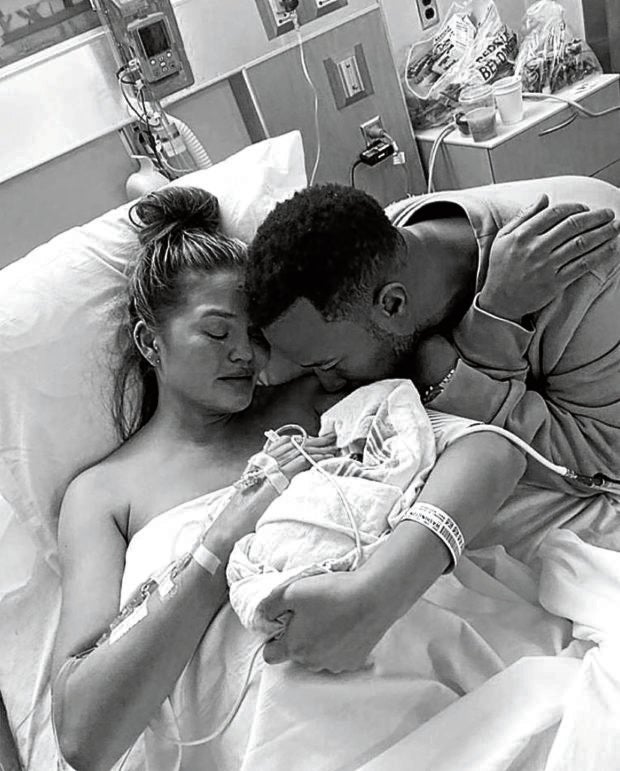 Reeling from the tragic and unexpected loss of their unborn baby, John Legend expressed his profound gratitude to his wife, Chrissy Teigen, who continues to show strength amid one of their lives’ most trying times.

“I love and cherish you and our family so much. We have experienced the highest highs and lowest lows together. Watching you carry our children has been so moving and humbling. I’m in awe of the strength you have shown through the most challenging moments,” the pop-R&B star wrote in a recent Instagram post.

Late last month, Chrissy, who was reportedly halfway along in her pregnancy, was rushed to the hospital due to heavy bleeding. A few days later the model-turned-entrepreneur revealed that she had suffered various complications, and lost what would have been her and John’s third child—a boy the couple named Jack.

“What an awesome gift it is to be able to bring life into this world. We have experienced the miracle, power and joy of this gift,” said John, who has two elder children with Chrissy: Luna, 4, and Miles, 2. “And now, we have deeply felt its inherent fragility.”

In his spot at the recent Billboard Music Awards, John dedicated his composition “Never Break” to Chrissy. The uplifting love song, which closes his latest album, “Bigger Love,” talks about a relationship that “will remain” even if “the water rises” and the “mountains shake.”

“I wrote this song because I have faith that—as long as we walk this earth—we will hold each other’s hands through every tear, through every up and down, through every test,” John said. “We promised each other this on our wedding day seven years ago, and every challenge we have faced has made that promise more powerful, more resilient.”

“Our love will remain. We will never break,” he stressed. 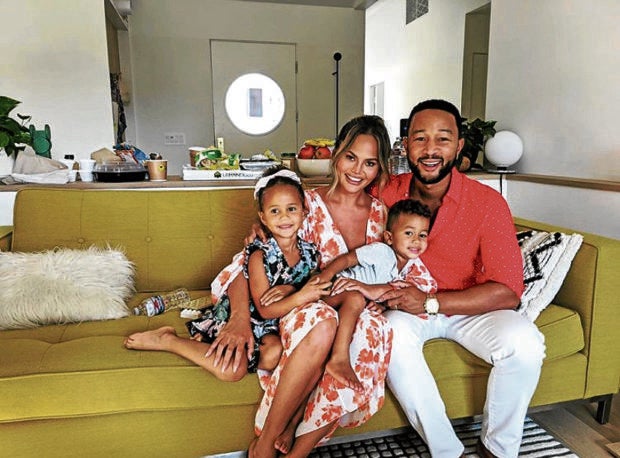 With kids Luna and Miles

Chrissy and John’s story resonated with other parents especially those also went through pregnancy loss. “More than anything, we have heard so many stories about how so many other families have experienced this pain—often suffering in silence,” John said. “It’s a club no one wants to be a part of, but it’s comforting to know we’re not alone.”

The news was met with overpouring love and support from the couple’s family, friends, colleagues and fans.

“Thank you to everyone who has been sending us prayers and well-wishes, flowers, cards, words of comfort and empathy,” he related. “We feel and appreciate your love and support more than you know.”

“I’m sure Chrissy will have much more to say about this when she’s ready. But just know we’re grateful, and we’re sending love to all of you and your families,” John added.

Meanwhile, in an earlier Instagram post, Chrissy related that she and John were in shock and feeling a “deep pain you only hear about; the kind of pain we have never felt before.”

“We never decide on our babies’ names until the last possible moment after they’re born, just before we leave the hospital,” she shared. “But we, for some reason, had started to call this little guy in my belly Jack. So he will always be Jack to us. Jack worked so hard to be a part of our little family, and he will be, forever.”

She likewise thanked everyone who had sent her and John much-needed “positive energy, thoughts and prayers.” And despite the pain, Chrissy remains thankful for the blessing in her life. “We’re so grateful for the life we have, for our wonderful babies, Luna and Miles, for all the amazing things we have been able to experience,” she said.

“But every day can’t be full of sunshine,” Chrissy pointed out. “On this darkest of days, we will grieve, we will cry our eyes out. But we will hug and love each other harder and get through it.” INQ