Public warned against use of fake CopperMask | Inquirer Entertainment 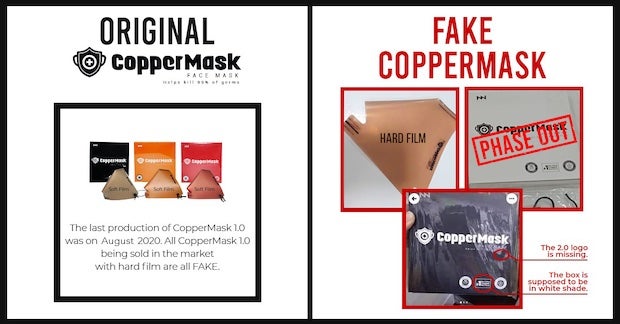 This is to inform the public and our valued customers about the spread of the unsafe fake CopperMasks being sold in the market today. Please see the above photo for your safety and protection.

CoppermaskPH has tapped the assistance of the National Bureau of Investigation (NBI) to help stop the rampant selling of fake CopperMasks that are mostly being sold in Divisoria and in some social media online stores.

CopperMaskPH is the company that brought to the public the first and the original CopperMask that trended in social media — not only because it’s effective in helping top the spread of bacteria and viruses but also because its users, including various celebrities and prominent public figures, have found them to be fashionable.

But recently, CopperMaskPH has received several customer complaints that some establishments in Divisoria have been selling fake CopperMask.

According to the customers, the white box containing the fake mask looks convincingly similar to the original first version.

Inside the box, however, they found something alarming. The legal team of CopperMaskPH found out that the imitation CopperMask film had a different texture and a color tone far from the original light copper finish. 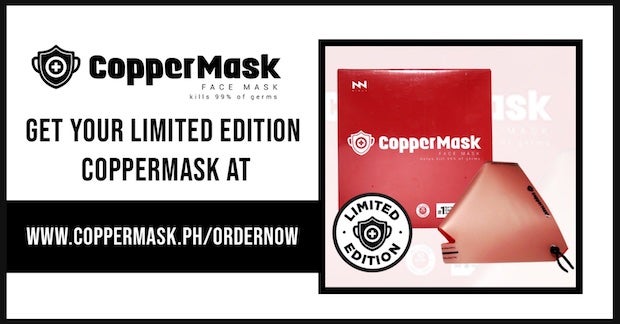 You can get your original limited edition CopperMask at www.coppermask.ph/ordernow.

According to CopperMaskPH officials, they have stopped manufacturing and selling the first version of the mask, which comes in a white box, which is the one being imitated by some unscrupulous individuals out to deceive the public.

The CopperMask legal team also found out that the fake ones were being sold way below the company’s suggested retail price — a strong indication that the items were not genuine. 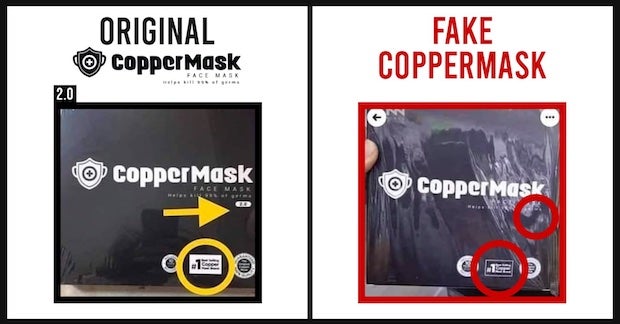 Say NO to FAKE. Be aware of the difference between the original CopperMask 2.0 and the fake one.

That means they don’t conform to the manufacturing standards of CopperMaskPH. Even the fonts on its stickers are different.

More importantly, it means that the fake masks have little or no infused copper strands, which are what make the original masks effective in stopping certain bacteria and viruses.

The NBI is now looking into the matter and assured the public that it will arrest and prosecute those behind the manufacture and selling of fake CopperMasks. 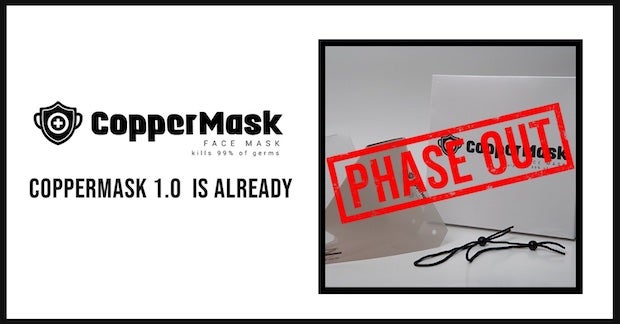 For the awareness and safety of everyone, CopperMask Philippines would like to inform the public that CopperMask 1.0 has already been phases out and will no longer be produced. 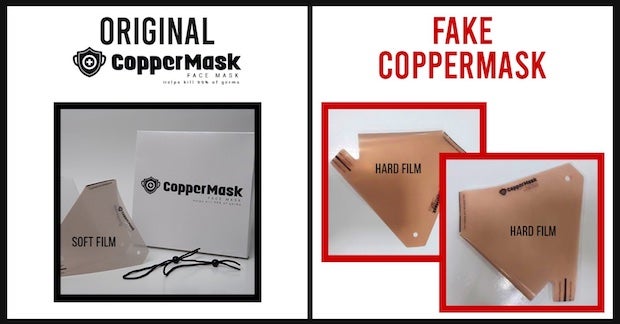