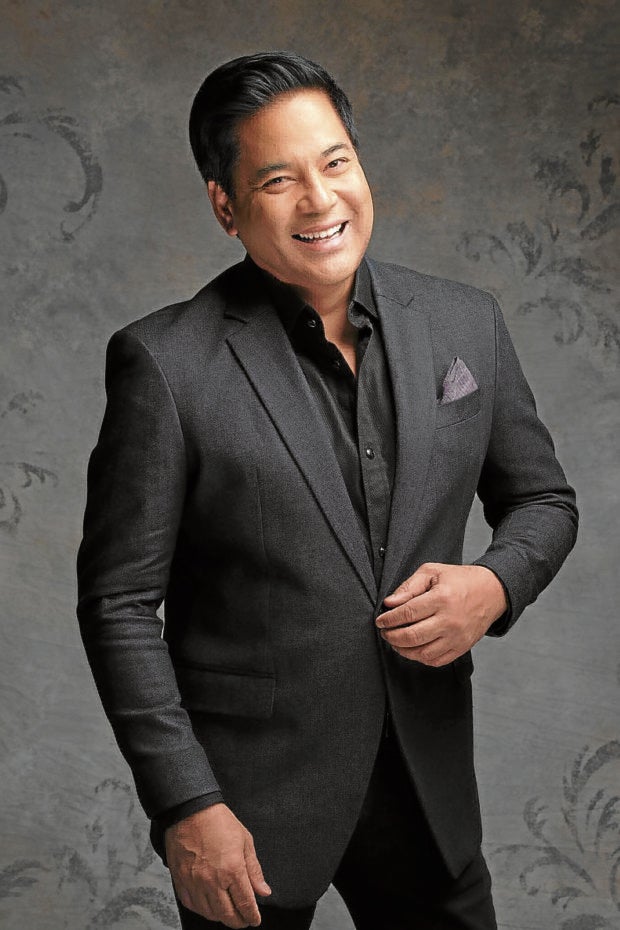 For the past couple of months, Martin Nievera has been eagerly going live on Facebook to do online shows—over 160 of them, by his own count, with each one lasting two to three hours.

“I felt like I was going crazy not being able to sing and perform,” he related in a recent virtual conference for his return to Vicor Music, his first record label.

Martin, who has been doing such shows with his twin sister, Vicki, has also never come across an online fundraising concert he turned down. “I’m trying to reach as many people as I can. I do shows for our front-liners and people who have been affected by the COVID-19 pandemic. I made myself available … I said yes to everyone. I have never been busier. Besides, I’m just in the house,” he related.

There were nights he worried about running out of songs. But he powered through just the same, because he wanted to provide a bit of escape for the weary.

“I keep on singing in hopes of entertaining the lonely, the unsure, the scared—that’s my whole purpose. Little did I know that I would be healing myself in the process,” he said. “I’m trying to be as positive as I can during this calamity, because I don’t want to fall into the negative vibe.”

“The year 2020 has been pounding us with challenges … the pandemic, the closure of ABS-CBN and other things,” he added. “I hope to tackle those. And I hope I can project positivity to people who see me, even just onscreen.”

One of the bedrocks of Martin’s showmanship is his gift of gab, which he uses to full effect in his spontaneous banter with his audience. That’s something that doesn’t fully translate on an online platform.

Luckily, the 58-year-old was able to, somehow, recapture the thrill of performing in front of people during his recent vacation on Balesin Island. While shooting his regular Facebook Live show at the resort, he saw that a few curious guests had dropped by to see him.

So, with the help of the staff, he put together a makeshift plexiglass barrier, so he could continue singing while a small group of mask-wearing and socially distanced people watched on.

“I had a sheet of plexiglass attached to a pole and mounted on a set of office chair wheels. And I pushed it with me as I sang, so my droplets wouldn’t spread,” he related with the Inquirer. “I did this just so I could do my Facebook Live with the people.”

After performing online for months and making do with typed comments and emojis for audience reaction, Martin finally got to hear the sound of applause. And what a sweet sound it was.

“I’m not even being corny, but I had forgotten the sound of applause. But that night, with that very small audience, I nearly had a heart attack when they clapped. They were all in masks so I couldn’t see their expressions. Were they smiling and having fun? Singing along?” he recalled.

“But when they clapped, it was music to my ears and I almost cried. It brought me to my knees, emotionally, in gratefulness,” he added. “Boy, I have missed this feeling of having immediate reaction by way of applause. The way things are going, we may have to wait longer [to hold proper live shows] … but I’m positive this will happen again for all of us.”

Meanwhile, Martin said his recent return to Vicor Music had him reminiscing about his early days in showbiz. It was the Viva Entertainment-owned label that first gave him a deal, back in 1982 as a 19-year-old hopeful who had just arrived in the Philippines from the United States, where he grew up.

The following year, Martin released his debut album, “Martin … Take 1,” which spawned his early hits “Holiday” and “Pain.” He would release five more albums with the label.

“I hope we can bring back some of the good times we had. We started together. I didn’t know what [it] was going to be or sound like. But it was they who took me in, even if I had yet to make a name for myself,” he said.

For now, Martin and Vicor are mapping out a plan for future releases. Vehnee Saturno, who composed one of Martin’s biggest hits “Be My Lady,” is expected to come up with demos for the singer. They’re also entertaining thoughts of rerecording his classics and putting out a Christmas song.

“Perhaps new composers can collaborate with an old face like me, put my own spin to contemporary songs,” he said. “But now that I’m 38 years into my career, I also want something that’s lasting, permanent.” INQ