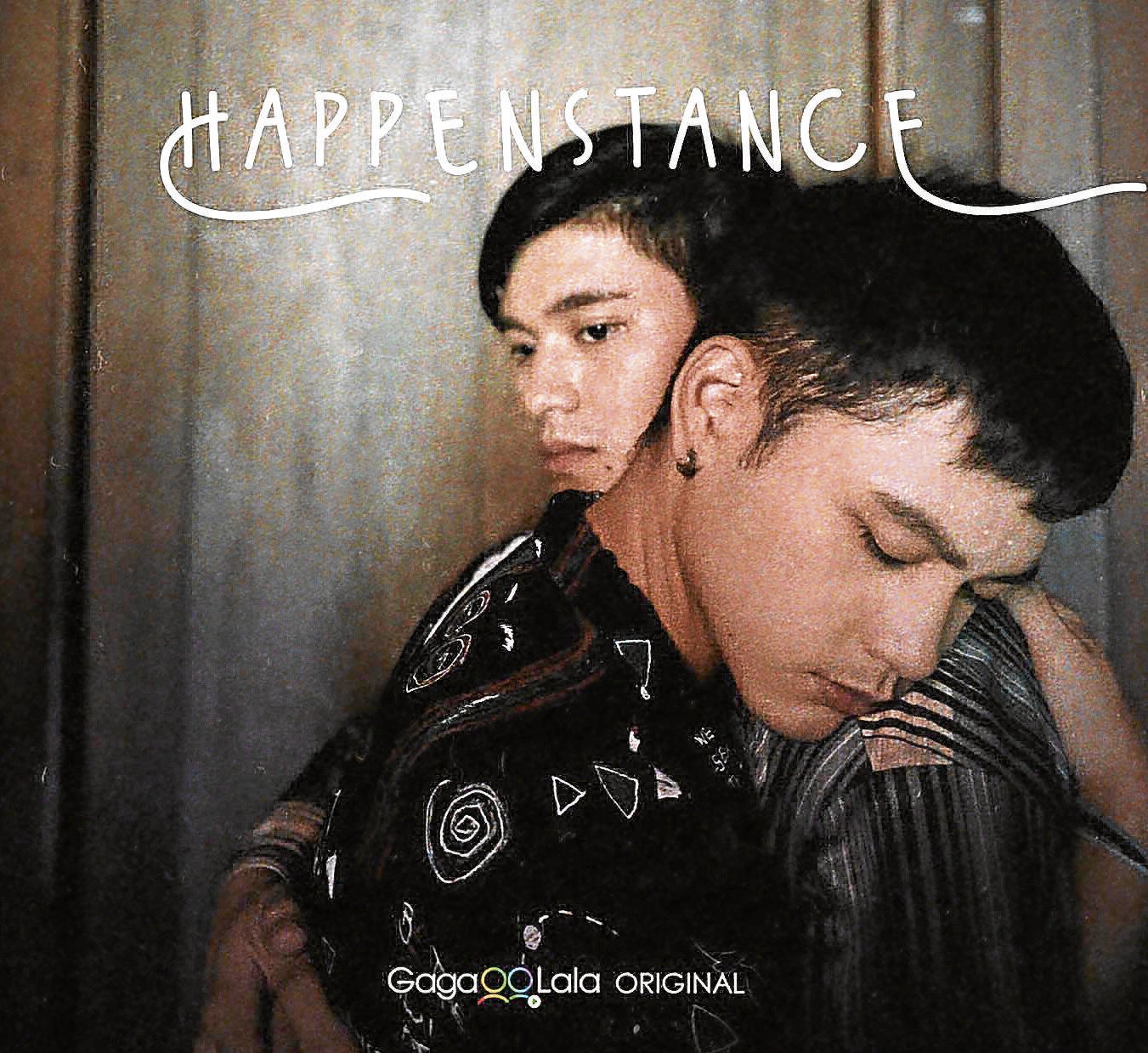 Filmmaker Adolfo Alix Jr. and his production team took great pains in making sure that his latest Boy’s Love series, “Happenstance,” has a believable set design, enough reason for BL supporters to actually choose it over the many others that are currently streaming online.

“Effort talaga,” declared Alix during a recent virtual media conference. “We had to design entire rooms, with less number of people because of the pandemic.”

A government issuance has limited to 50 the maximum number of production people allowed in one set.

“Happenstance,” which Alix cowrote with Jerry Gracio, tells a love story taking place between two timelines: The one of Wade’s in the present, and the one of Jose Manuel’s, which happens in the 1970s.

Jose Manuel (played by Jovani Manansala) is grounded as a form of punishment after his father, a military man, discovers his relationship with Luis, an activist. Wade (Kiko Ipapo), on the other hand, is recovering from his recent breakup with Eric. He visits the family’s rest house, where he also got stranded after the government issued a lockdown because of the COVID-19 pandemic.

A super moon occurs both in March 2020 and March 1974, and a magical moment happens. It opens a portal between the two time zones, making it possible for the two people to meet and fall in love again.

For the shoot, Alix and his team had to look for a house with two rooms of similar size. The “old” room was placed on the left, while the “present-time” room, on the right, he explained. “It’s like one house with a multiverse. The sala, bedrooms, and kitchen are all the same but these rooms look different when presented in 2020 and in 1974. Mounting this was very tricky,” the director told Inquirer Entertainment.

Alix said preproduction work was key. “We’ve already decided on all the things we would need days before the shoot. One day before, we set everything up, because the following day, the team was no longer present. I was just left with two staff members to assist me with the setup and lighting,” he recalled.

The story’s premise was actually based on a real-life incident, said Alix. He was inspired to do the project after reading an article about a woman who found letters in the ceiling of her house while cleaning it during the lockdown. “They were letters of love from a man to someone. When the quarantine order became less strict, the woman went out to look for the person who wrote them and discovered that his love was unrequited,” Alix shared with reporters.

Asked about what themes “Happenstance” carry, Adolf replied: “The series is all about finding connections. It tells of two persons living in two different timelines but magically manage to communicate.”

He explained further: “In the course of our research, we found out that the super moon occurred in 1974, about the same time it occurred while we were all in quarantine last March. We just decided to include that particular magical moment in the story. This is also about chance, and love, of course, being that it’s a BL series.”

“Happenstance” is a 19th-century word that means “something that happens with circumstance,” said Alix when Inquirer Entertainment asked him to explain the project title.

“It’s being in the right place at the right time. I had been a director of the GMA-7 drama anthology ‘Wagas’ for six years. We worked on all kinds of love stories. I realized that you really can’t control love. Sometimes, you think you’ve already found the right person for you until your one true love comes along,” he said.

The two lead actors are relative newcomers, Alix pointed out. Kiko, 21, is a social media personality and influencer. He had been in the seminary for a short while before he began working as a print model. “Happenstance” is his first foray into acting.

Meanwhile, Jovani, 23, started in the biz by joining beauty pageants and doing TV and print ads. On the big screen, he was part of the indie movies “Mamu: And a Mother Too,” and “Jolly Spirit.” He has also had TV appearances on shows like “Ipaglaban Mo” and “Maalaala Mo Kaya.”

“Then I did several online auditions for the role of Wade. Kiko was among those who tried out. Just like in my past films, what I do when I’m auditioning newcomers is I look at their eyes and the level of emotions their eyes can convey. I’ve read this before and have been practicing it since: ‘The eyes cannot lie.’ That’s how we got Kiko to play Wade,” said the director.

Alix then said he tried to pair Kiko with Jovani, whom he has already worked with in the past. “We immediately looked for chemistry—although we still tried to make Kiko do readings with other auditionees prior to meeting with Jovani,” Alix explained.

“We really didn’t know if they would work well together, but separately, we saw in them the characteristics of both Wade and Jose Manuel, who are lonely and very emotional,” he added.

“Happenstance” will consist of nine episodes to be released weekly starting late November, exclusively on the LGBTQ+ streaming platform GagaOOLala.