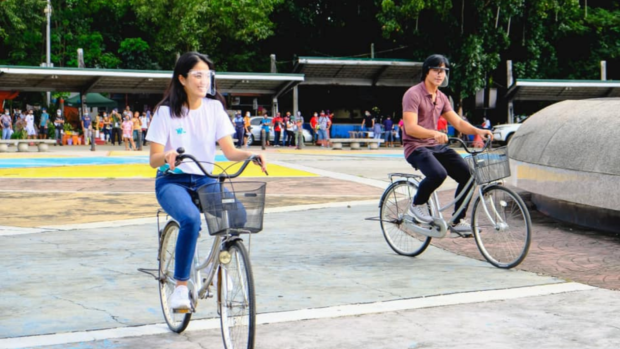 Piolo Pascual gave 200 bikes to Gretchen Ho’s “Donate a bike, save a job” project to help employees reach their workplaces safely amid the COVID-19 pandemic.

The two distributed 100 of the bikes on Sunday at the Quezon City Memorial Circle, Ho said in a Facebook post the day after. They handed them over to those who applied to ABS-CBN’s community app called Sharea.

Along with the bikes, Pascual, Ho and her team also gave safety helmets and vests. Ho then added that Pascual sees the value of bikes since he is an avid cyclist himself.

Though Pascual only handed over the bikes recently, Ho explained that he had already pledged to donate back when she started the project. Ho launched the initiative last August.

Ho also plans on distributing the other half of Pascual’s donation to those affected by the recent super typhoon “Rolly” (international name: Goni) in the coming weeks.

Aside from Pascual, other celebrities such as Angel Locsin, Catriona Gray and Sam Milby have also donated bikes to support Ho’s initiative. JB