Scoot over, Tom Cruise and Brad Pitt. But my interview with a vampire—OK, in this case, a vampire-werewolf hybrid—turned out to be more satisfying than terrifying. And he is just as easy on the eye as those two screen titos.

I’m talking about Joseph Morgan, who has built a huge fanbase just by playing Klaus Mikaelson in the cult favorite, “The Vampire Diaries” (TVD).

The 39-year-old actor-director became so popular that the creators of the series thought it best—and wisely—to let his character Klaus move to New Orleans with his fanged family after Season 4 to headline his own show, for the “TVD” spinoff “The Originals.”

The nine-episode series, which premieres on Tuesday at 9:45 p.m. on Blue Ant Entertainment (channels 53/196 on SkyCable; channel 120 on Cignal), is more sci-fi than supernatural.

If you’re partial to films like “Gattaca,” “1984,” “Minority Report” or even “The Hunger Games,” the concept of “Brave New World” antedates the utopian musings that brought them to life. The science-fiction drama is based on Aldous Huxley’s 1932 novel about a guy, John the Savage (Alden Ehrenreich of “Solo: A Star Wars Story”), who challenges the gorgeous but repressive world it is set.

In this alternate reality, many of the world’s human population live in New London, a futuristic World State whose citizens are environmentally engineered into an intelligence-based social hierarchy. Its society has managed to achieve peace and stability by prohibiting the “prehisto­ric concepts” of privacy, family and monogamy. And every time destructive stressors come bubbling to the surface, a resident is given a happy green pill called soma to keep anxiety attacks at bay. 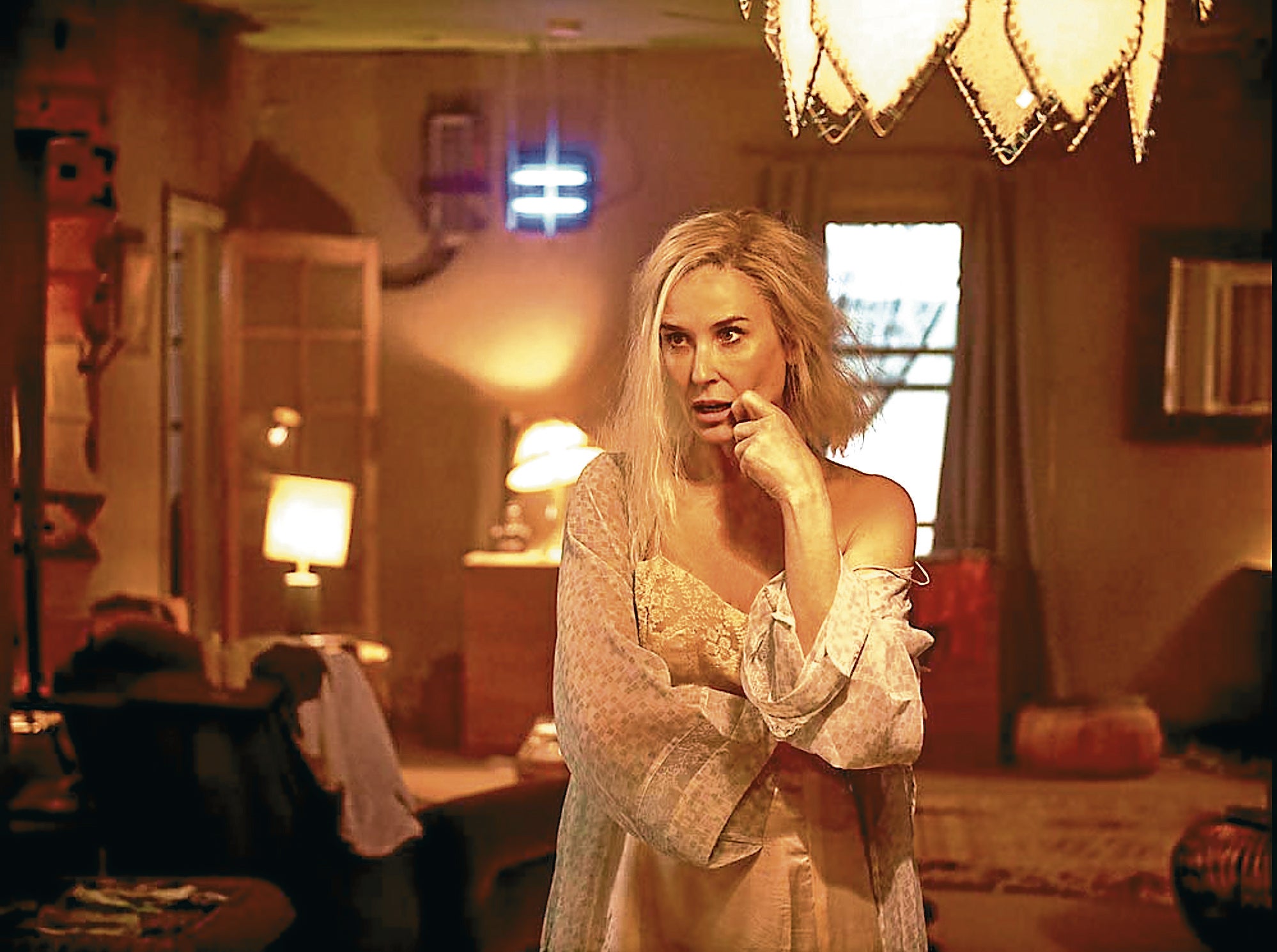 Located outside this futuristic World State are the Savage Lands, a place in the United States inhabited by “primitives” that can only be reached by an 11-minute trip on a rocket. In this amusement park live John and his mother, former New World resident Linda (the lovely Demi Moore).

“I wasn’t familiar with the book when I read the first two scripts,” Joseph told us. “What resonated with me most was how rich this world was. Even on the page, it was so visce­ral and vivid that I really felt a good sense of the future that they were painting there.

“It felt so original. There are a lot of postapocalyptic dystopian dramas out there, but this one struck me like a new vision of the future. So, I knew I wanted to be a part of it just to live in that world for a while.”

After I told Joseph how appropriate I thought “Brave New World’s” release date ­(Nov. 10)­ was, I asked him what his thoughts were coming out of its shoot. After all, the pandemic has been making people feel like we’ve also been thrust into a dystopian world. I talked to Joseph just days before new restrictions came into force on Nov. 5 in London, where he’s often based with his lovely actress-wife Persia White.

It was at this point that the dashing actor proved there was more to him than his theater-trained chops and dreamy good looks, particularly when he began talking about oppression and the Black Lives Matter movement. He also supports Positive Women, a charitable organization helping women and children afflicted with HIV/AIDS.

“It’s important to recognize that there are different methods of control being exerted over us in ‘Brave New World.’ People are assigned this rank at birth, but they’re also controlled by the soma drug, which helps placate unpleasant emotions.

“In our society, we have different types of soma—and I’m not just talking about the pharmaceutical drugs that suppress us. We also have social media, reality TV and all these other things that are used to quell [a discontented or unhappy] population.

“With the pandemic and the ensuing lockdowns, what’s been interesting to note is how people have been feeling so oppressed by the restrictions. We’ve seen some kind of explosions in other areas, where we’ve realized that there are practices in our society that don’t work for us.

“Take the Black Lives Matter movement. That came from years and years of oppression, but I feel like it also rode the wave of the feeling of being trapped by this pandemic. It brought everything to a head when those terrible acts were [committed] by the police, which have been happening for many years. So, when they happened again under these circumstances, people were ready to take action.” 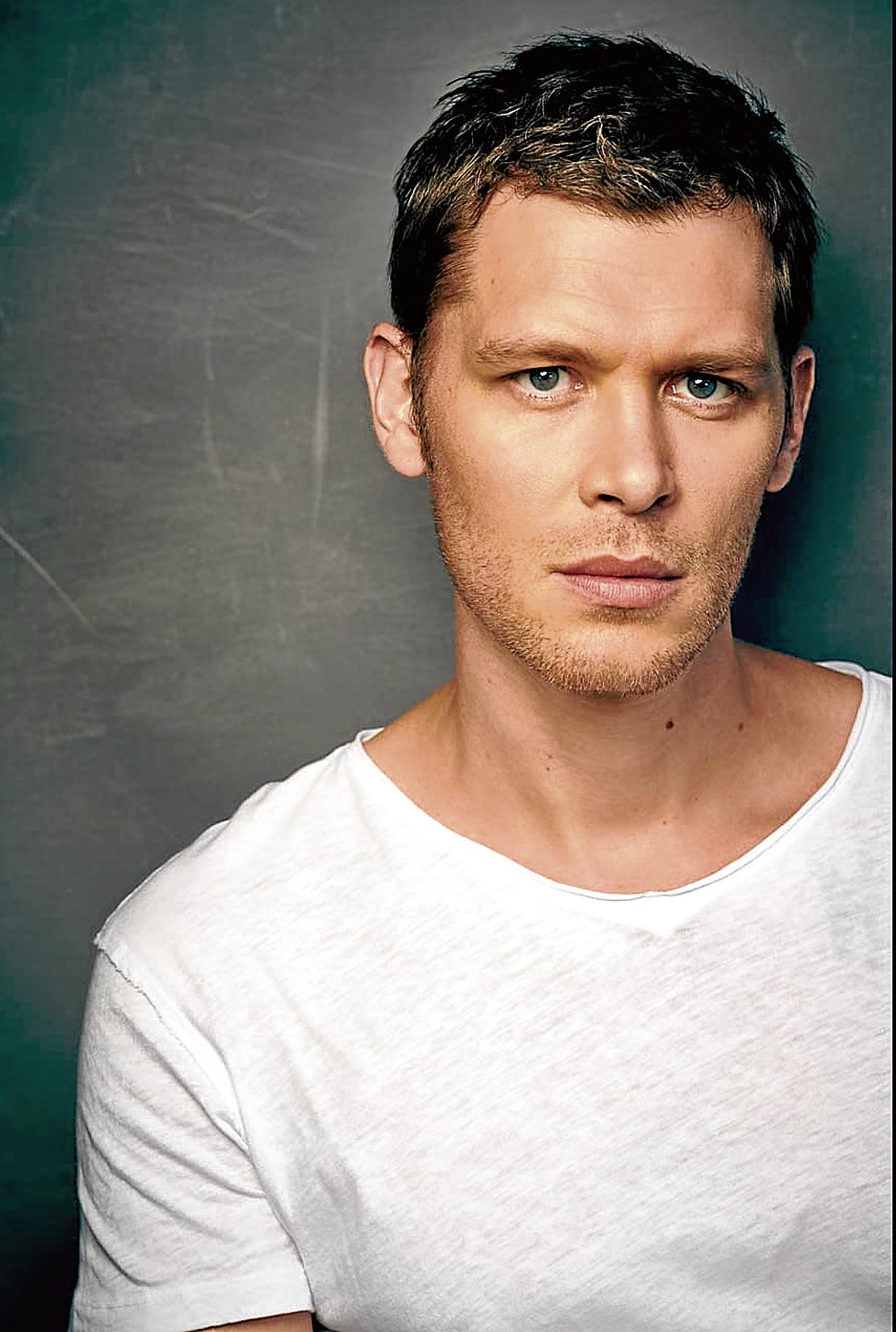 Our Q&A with Joseph:

“Brave New World” tackles issues like mind manipu­lation, the consumption of happiness, identity and the social divide. With these big themes in mind, how did you approach your portrayal of CJack60?

For anyone who’s not fami­liar with the series or the book, the majority of it takes place in a version of London in the future. People are assigned to fit into a caste system at birth. So, you have the Alphas, who are on top of the food chain. Then, it goes all the way down with the Betas, the Deltas and Gammas.

At the bottom of this hierarchy are the Epsilons, who have to do all the terrible jobs—like cleaning up after everybody or serving the Alphas. Basically, the Epsilons are the caretakers of this world—they do the jobs nobody wants.

CJack60, my character, is an Epsilon. A lot of the Epsilons are identical, which happens when the egg is split into 96 different eggs at birth. Because they’re identical, I had to play a lot of the other CJacks as well—which was an interesting process for me.

The eggs are chemically restrained from feeling emotions. But CJack60 is different because he goes through a traumatic experience in the pilot episode, which allows him to start “feeling.”

His journey is about him discovering these emotions and questioning his place in society. He begins to think, ‘Hang on a minute. Why am I and all these other Epsilons relega­ted to doing these awful tasks? Why are we so oppressed? Maybe we should do something about this.”

I’m curious about your work as a multihyphenate. I know that you went to Central School of Speech and Drama, whose alumni include Dame Judi Dench, Sir Laurence Olivier, Vanessa Redgrave, Carrie Fisher, Andrew Garfield, Gael Garcia Bernal and even the Philippines’ very own Monique Wilson. Has your perspective in acting changed after you began directing? Does one inform the other?

I wanted to be a writer-director before I wanted to be an actor. I was obsessed with Quentin Tarantino as a teena­ger. I read all of his scripts and thought, “This is what I want to do!”

I thought if I got a background in acting, it could be my path to directing and writing. So, I went to drama school (at Central) and I was very lucky enough to get in. And that’s where I fell in love with acting. Then, I went back to directing and helmed several short films (“Carousel,” “Revelation”) while I was in “The Vampire Diaries” and “The Originals,” for which I also directed three episodes.

I’d say that directing absolutely informed my acting. In fact, I would cite one of the turning points when I became a better actor… It was while I was editing the first short film that I made when I was 25 with my good friend, Matt Ryan. I suddenly understood what was meant by subtlety in performance. You watch it and go, “That isn’t what I thought I was doing” (laughs).

That was a turning point—and it’s true! Soon after I did that edit, I got what I regard as my break, which was acting in a TV version of “Ben-Hur.” It didn’t get a massive release, but it got me to America and led me to “The Vampire Diaries,” which was a real break. People started to know who I was because of that.

How long did it take you to shoot all nine episodes of the series?

Four months of shooting over a five-month period. We shot Episodes 1 and 2, followed by a month off. Then, we shot the rest of it, mostly in Cardiff, in a studio in Wales, with some episodes in London.

Which world do you think would you thrive in better—New London or the Savage Lands?

You know I’ve thought about that (laughs). I’d pick the Savage Lands, because I just want the freedom it offers. The satisfaction New London provides is superficial, even if everything in it looks great.

If you’re an Alpha, everything looks great on the surface, but if you peel back the layers, [you’ll find] there’s no connection, no privacy and no depth of feeling.

You understand this more and more at a time like this, when there’s a pandemic. We realize that the most important thing is our connection with other people. But New London takes that away and supplements it with soma.