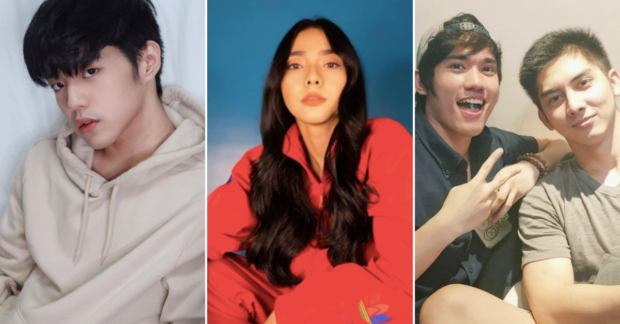 As the SOGIE equality bill faced another day in Congress, stars of Boys’ Love (BL) series made their voices heard in support of the legislation.

Opposition toward the bill was seen in the online hearing held today, Nov. 4, from members of the House of Representatives who hold conservative and at times, misinformed beliefs about the bill and the LGBTQ+ community.

BL and GL writers, actors and fans were one with the LGBTQ+ community and its allies in taking a stand on Twitter using the hashtags #SOGIEEqualityNow and #PassADBNow. The anti-discrimination bill or ADB is the previous name of the said bill.

“Gameboys” writer Ash Malanum shared a video of the show’s cast members — Adrianna So, Kokoy De Santos and Elijah Canlas — stating “Gay rights, period,” along with Malanum himself and director Ivan Andrew Payawal. So, who stars in her own Girls’ Love series “Pearl Next Door,” was among those who retweeted the video.

Among the statements he questioned was one from televangelist Rep. Eddie Villanueva, who claimed that the bill would be discriminatory against straight people.

“Discrimination against the straights??? You really want to be oppressed so bad?” wrote Malanum.

Discrimination against the straights??? You really want to be oppressed so bad? https://t.co/pWEiTrctjD

“Gaya sa Pelikula” creator Juan Miguel Severo, meanwhile, clapped back at unfounded statements made by Lyndon Caña of the Coalition of Concerned Families of the Philippines (CCFP).

Caña claimed that the LGBTQ+ community has become a “super special elite class.”

“Members of an elite class don’t get their murderers pardoned by the president, CCPF,” said Severo.

Members of an elite class don't get their murderers pardoned by the president, CCPF.#PassADBNow #SOGIEEqualityNow https://t.co/3DYctQA0bh

When the CCFP wondered if the plus sign in LGBTQ+ meant pedophilia and necrophilia, Severo simply said, “The stupidity seems endless……”

“Too many lives late,” Paolo said of the bill, which was first filed in 2000.

Ian praised Sister Mary John Manansan who said, “Religion should not be used to discriminate others.”

“Louder for a certain Rep who continues to be a bigot,” he said.

PREACH SISTER MARY JOHN 😩 Louder for a certain Rep who continues to be a bigot ✌🏻 https://t.co/SWaMTGh9dc

Ali King of “Boys Lockdown” also voiced his frustration: “Ganon ba kahirap intindihin na (How hard is it to understand that) we WANT EQUAL RIGHTS?? For the people who lead us to protect us?”

Ganon ba kahirap intindihin na we WANT EQUAL RIGHTS?? For the people who lead us to protect us?

After today’s hearing, the Committee on Women and Gender Equality approved to adopt the version of the measure from the 17th Congress as its working draft in the discussions of the current 18th Congress. JB