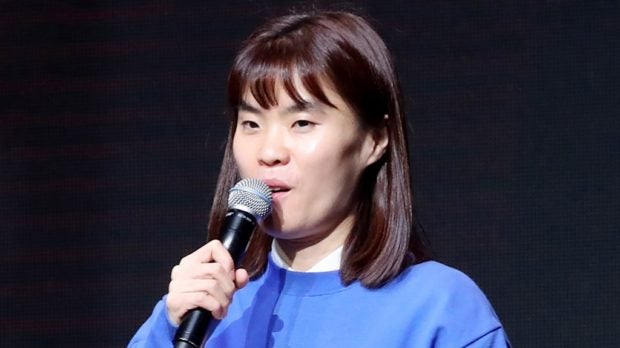 An undated photo released by South Korea’s Yonhap news agency on November 2, 2020 shows late comedienne Park Ji-sun, who was found dead at her home in Seoul on November 2 alongside her mother, multiple reports said. The bodies of Park Ji-sun, 36, and her mother were found by police, Yonhap news agency reported. (Photo by – / YONHAP / AFP) / – South Korea)

SEOUL — A prominent South Korean comedienne was found dead at her home in Seoul on Monday alongside her mother, multiple reports said.

The bodies of Park Ji-sun, 36, and her mother were found by police, Yonhap news agency reported.

Park was reportedly being treated for an unspecified illness and the Seoul Shinmun newspaper cited a police officer as saying there were “no signs of outside intrusion or murder.”

Suicide is a chronic social problem in highly competitive South Korea and the leading cause of death for people aged between 10 and 39, according to government data.

More than 13,700 people took their own lives last year.

Park was a graduate of the elite Korea University, where she studied education, but charmed audiences with her down-to-earth and self-deprecating humour — often light-heartedly playing the role of a woman repeatedly rejected on a date.

“I am lucky as a comedian that I can use my face to make people laugh,” she said in an interview with the Hankyoreh newspaper.

Several South Korean celebrities have killed themselves in recent years, among them K-pop singers Goo Hara and Sulli, both of whom had been subjected to vicious cyber-bullying, and Kim Jong-hyun of the boyband Shinee.

Read Next
‘Baby Shark Dance’ becomes most viewed video on YouTube
EDITORS' PICK
What to watch out for when selecting a video surveillance solution
House energy committee chair Arroyo bats for cheap electricity
DOH says COVID-19 cases plateauing, but public shouldn’t be ‘complacent’
23,000 cops to be deployed nationwide for school reopening
Look Through: The fate of impounded stray dogs
Unleash the photographer in you this World Photography Day with vivo smartphones
MOST READ
Korina Sanchez reunites with former ABS-CBN co-anchors Julius Babao, Cheryl Cosim
Sharon Cuneta asks for prayers for friend in ICU who suffered silent stroke
QC school’s shutdown violated rules – CHEd
Light therapy could be the answer to your sleep problems
Don't miss out on the latest news and information.