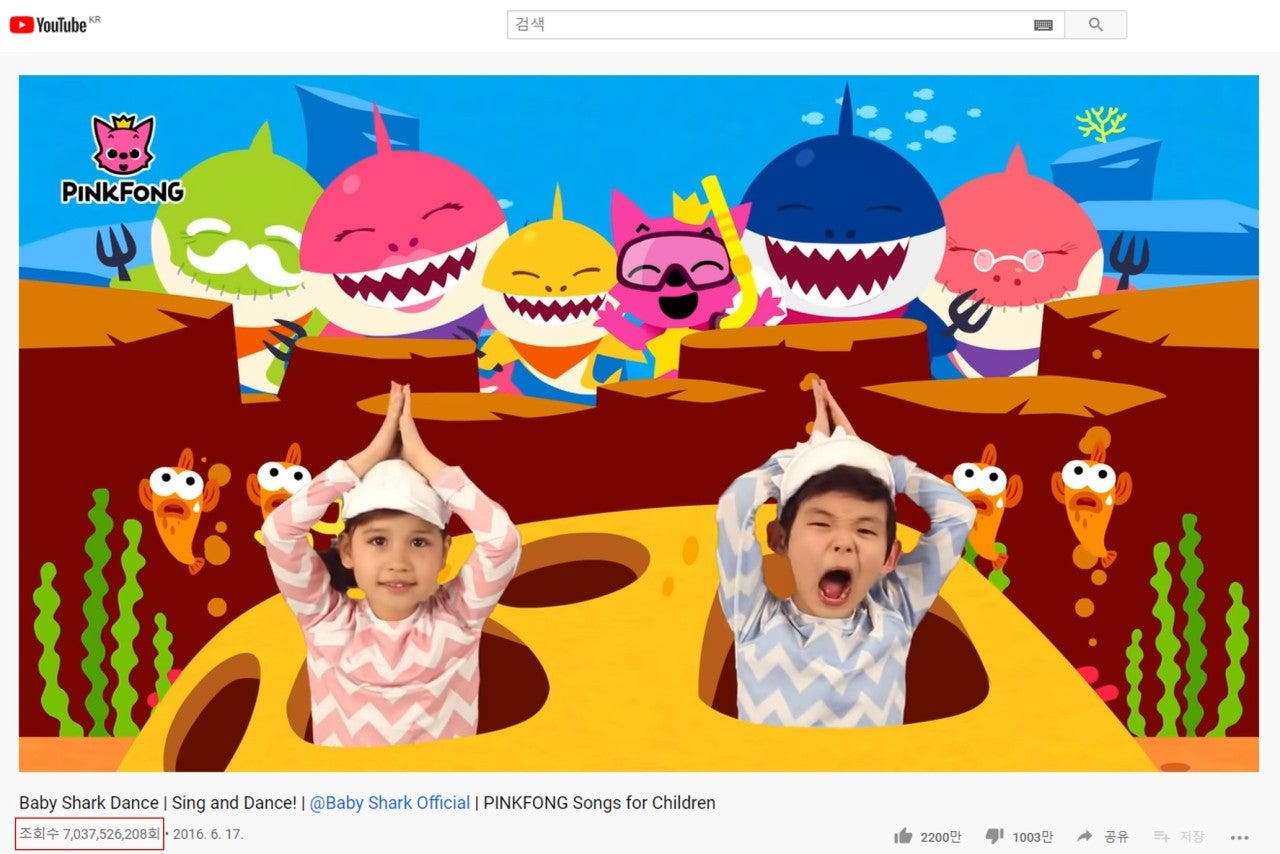 The English version of the “Baby Shark Dance” video. Smartstudy via The Korea Herald/Asia News Network

SEOUL — The English version of the “Baby Shark Dance” video became the most viewed video on YouTube, with more than 7.03 billion views as of 1:20 p.m. on Monday.

The video overtook Puerto Rican singer Luis Fonsi’s “Despacito” on YouTube and is now the first children’s content ever to become the most viewed video on YouTube.

Released in 2015, the song featured in the video is a remake of an American folk song. The video was recorded by Pinkfong, a content creator under Korean startup SmartStudy, featuring the rhythmic introduction of a shark family and their underwater hunt for small fish. The song comes with an easy-to-follow dance that has enticed children and parents alike.

The Korean startup added that “Baby Shark Dance” was viewed by people in over 236 different countries and territories.

“Thank you for showing your support and SmartStudy will continue to develop more diverse intellectual properties in the future to provide a wider range of enjoyable content to global fans,” Smartstudy CEO Kim Min-seok said in a statement.

In March, the video overtook Ed Sheeran’s “Shape of You” to become the second most viewed video on YouTube with more than 4.67 billion views. Smartstudy expects the video to surpass 8 billion views in the first half of 2021.