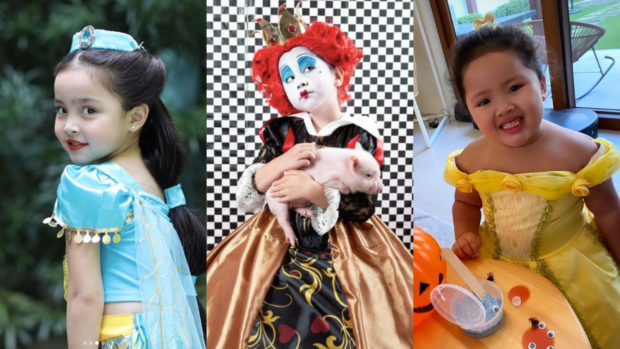 While kids may not be able to head out to trick or treat this Halloween, many are still celebrating by putting on their best costumes while staying safe at home. Among them are celebrity children who dressed up as popular characters such as Disney princesses and even villains from movies.

Zia Dantes looked regal in a Princess Jasmine costume for her school’s Halloween party. Aside from the matching harem pants and top decorated with gold trimmings, Dantes’ hair was styled to resemble the character’s look in the animated movie “Aladdin.”

Scarlet Snow Belo did not disappoint this year and went all out with her parents in matching outfits. Scarlet channeled her inner royal too, and dressed up as the Queen of Hearts from the live-action remake of “Alice in Wonderland.” She completed the look with extravagant makeup and a bright red wig. Her parents, doctors Vicki Belo and Hayden Kho, joined the fun and turned into the Knave of Hearts and Mad Hatter, respectively.

Tali Sotto seized the opportunity this year to dress up as Disney princess Belle. She could not help but show off a big smile as she sat down with Halloween treats while wearing Belle’s yellow gown.

Her mother, Pauleen Luna, also pointed out that Tali had chosen the costume on her own this year. 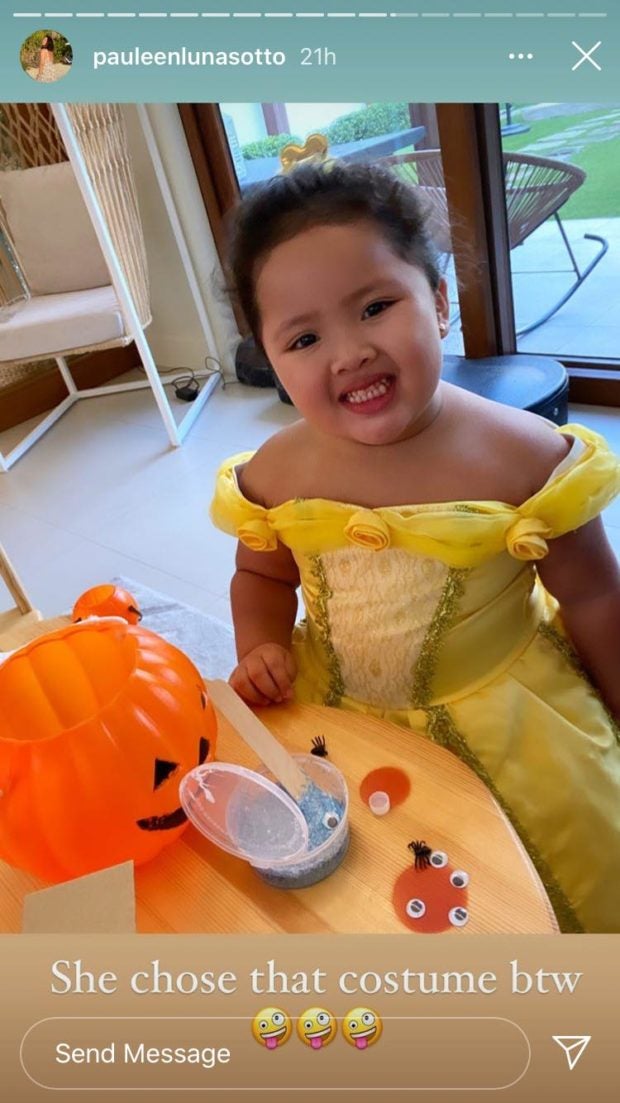 First-time parents Billy Crawford and Coleen Garcia did not pass on the chance to get creative as well, especially with their son Amari.

They dressed little Amari in an adorable Winnie the Pooh onesie complete with a hat. As for her and Crawford, they put on adult-size Piglet and Tigger onesies to match with their son.

Mariel Rodriguez threw an intimate Halloween party for her daughter Isabella and Gabriela in their home. For her second child’s first-ever Halloween, Rodriguez dressed her up as a cute pineapple, while Isabella chose to go as the dwarf planet Pluto.

As to why she held a small party for her children despite the pandemic, Rodriguez wants them “to have all sorts of memories and experience everything.”  /ra