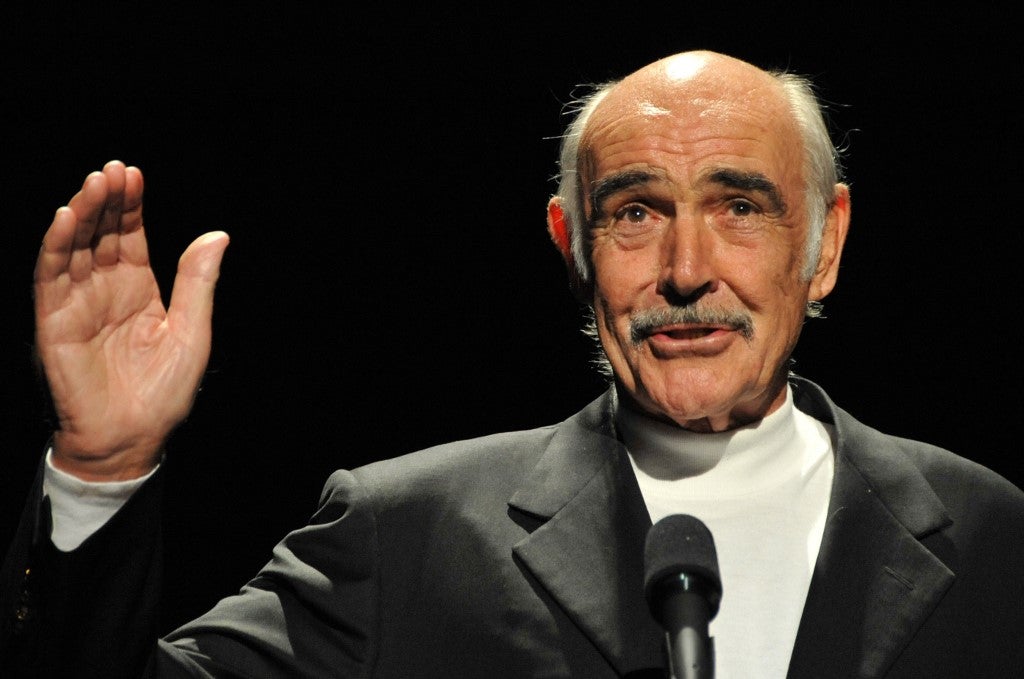 The Scottish actor, who was knighted in 2000, won numerous awards during his decades-spanning career, including an Oscar, three Golden Globes and two Bafta awards.

Tributes immediately began pouring in for Connery who was considered one of the greatest movie stars of his generation.

“How infinitely sad to hear the news Sir Sean Connery has passed away,” stated a message on the Twitter account maintained for fellow Bond actor Roger Moore who died in 2017.

“He and Roger were friends for many decades and Roger always maintained Sean was the best ever James Bond. RIP.”

Connery claimed his Oscar in 1988 for best supporting actor for his role as an Irish cop in “The Untouchables.”

He also starred in “The Hunt for Red October”, “Indiana Jones and the Last Crusade” and “The Rock2.”

But it is his smooth, Scottish-accented portrayal of the suave spy 007 that he will be best remembered for.

The first actor to utter the unforgettable “Bond, James Bond,” Connery made six official films as novelist Ian Fleming’s creation, giving what many still consider as the definitive portrayal.

Read Next
LOOK: Celebrity kids wow in cute, quirky costumes for Halloween 2020
EDITORS' PICK
vivo brings to the Philippines a powerful smartphone with a slimmer body, the vivo Y02s for only PHP 6,499
Apple warns of flaw that lets hackers into iPhones, Macs
46% of schools nationwide to have full face-to-face classes on Aug. 22
House energy committee chair Arroyo bats for cheap electricity
What to watch out for when selecting a video surveillance solution
Heads may roll at BOC, says Palace if sugar smugglers are allowed to use recycled import permits
MOST READ
DepEd to give teachers P5K cash allowance within first week of classes
LOOK: Miel Pangilinan dazzles in glittery pre-debut shoot
DOJ indicts bank officer in $2.1 billion Wirecard fiasco
PH importing sugar after all: Marcos okays 150,000 MT
Don't miss out on the latest news and information.