No band,no problem for Bamboo 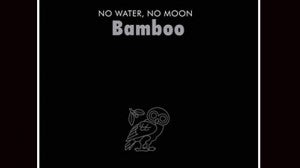 For those wondering why it seemed quite easy for Bamboo to bounce back after he broke up his band, the answers lie in “No Water, No Moon”—his debut solo album.

Though he does not directly address in the album whatever issues led to his parting ways with Ira Cruz, Nathan Azarcon and Vic Mercado, the songs nevertheless drop hints that reveal Bamboo’s state of mind when he wrote them.

The 11 all-English tracks (save for one Tagalog bonus cut) capture the innermost thoughts of a man who seems to have reached the crossroads or dead-end in his life journey. There are phrases in almost every song that drip with desolation and despair.

These negative feelings, however, find solace in the brilliantly arranged music—Bamboo collaborating with friends (led by keyboardist Ria Osorio and guitarist Kakoy Legaspi) who help him create something that aspires to what The Beatles’ “Sgt. Pepper’s Lonely Hearts Club Band” album has achieved: rock music as art.

The ominous folk-country vibe and muted wailing guitar complete the atmosphere on the album opener, “In Shadow,” about a couple splitting up: “Lay defeated on the feet of shadow and doubt/Down, down we go/Change the locks on the door/You’re not invited anymore…”

Confusion is at the heart of a number of tracks, Bamboo feeling lost and asking: “Please tell me what’s going on?” in “Please”; “Tell me something I don’t know” in the waltz-like “Morning Rose”; “Are you confused as me, it’s all driving you insane” in “Questions.”

In a tune called “In This Life,” he accepts the futility of his struggle (“I will suffer”), as three members of the Mabuhay Singers inject a hope-inducing chant.

Yet Bamboo leaves room for sarcasm (“All Hail the Fool,” backed by a kids’ choir) and overcoming depression (“Back on My Feet”), in effect implying that he has confronted his demons.

Originally released in 2007, this 2-CD/1 DVD box set—a European import and now available at the Odyssey branch in Rockwell—is a must-have for those who wish to get acquainted with Southern soul and Memphis soul—the counterpart of Motown.

Aside from the familiar gems (Booker T’s “Green Onion,” Redding’s “Sitting on the Dock of the Bay,” Sam and Dave’s “Soul Man,” Hayes’ “Theme From Shaft”), pay close attention to all the tracks you’ll be hearing for the first time. Then you’ll understand how edgy R&B bloomed and morphed into today’s black music.