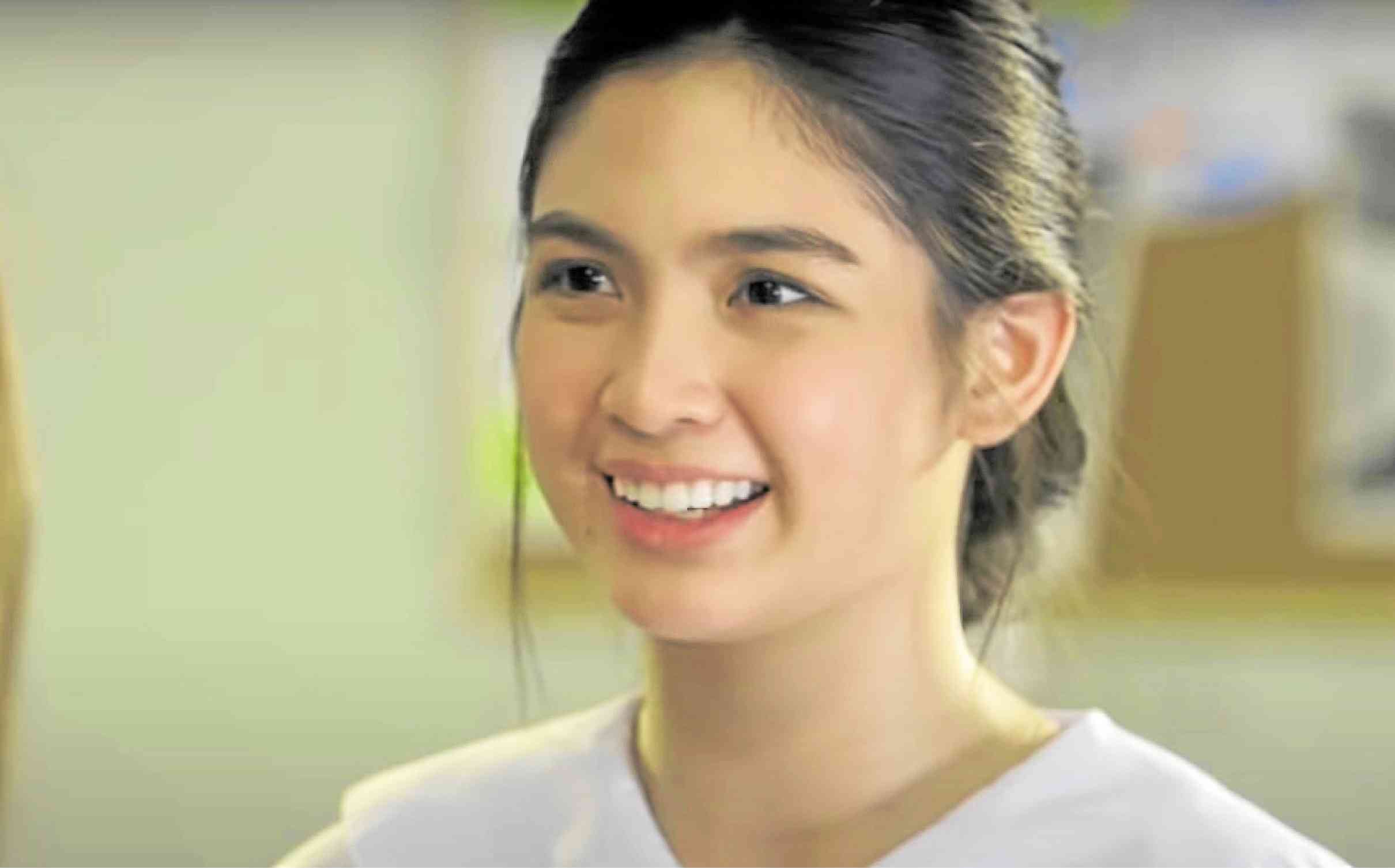 I was happy but at the same time doubtful of myself,” declared Heaven Peralejo, who admitted to having had mixed feelings upon learning that she would replace Julia Barretto in the lead role of the Kapamilya drama series, “Bagong Umaga.”

The 20-year-old actress, along with the series’ five other main cast members, had an online meeting with reporters recently. It was there where Heaven confessed about getting the offer only a few days before they were scheduled to enter the lock-in set. She added that she was supposed to play a different character.

“And since I had very little time to prepare, I was glad that the production team, directors and my costars helped me get into character,” Heaven said, referring to the team ran by codirectors Carlo Artillaga and Paco Sta. Maria, and costars Tony Labrusca, Barbie Imperial, Yves Flores, Michelle Vito and Kiko Estrada.

Julia reportedly begged off because the actress was not yet ready to work full-time during the pandemic. She is also the latest Star Magic talent to transfer to Viva Artist Agency.

“I can say it’s a blessing in disguise. I consider this my biggest break,” Heaven declared. “For me, there’s really no first nor second choice. It’s all about timing. What’s meant to happen simply happened.”

Rizza “Mamu” Ebriega, head of the RDE drama unit, admitted that “Bagong Umaga,” which used to be titled “Kara Y Cruz,” had gone through a lot of challenges because of the government-imposed lockdown and the eventual shutdown of ABS-CBN.

Mamu added that the story concept remains the same, “but, adjustments were made to suit the personality of the actor playing a particular role. It’s important that we see the strength of character in the actor because that’s how the lead character (Joanna Magbanua) is,” she explained.

At the time of the media conference, there were only two taping days left for the entire team. This was why Mamu said, “It’s useless for us to keep going back to that issue. I’m very happy with the six people we have now. They’re hardworking artists. They’re very cooperative. We think that this is meant to be.”

The other cast members agreed with Mamu. They said they have other more pressing concerns to address than to dwell on the past, like dealing with the psychological effects of being in containment for almost three weeks because of taping, Tony said.

“It was tough, especially in the beginning. You’re very emotional because you’re out of your comfort zone. Unlike the old taping routine, where you’re able to go home to your family, we can’t leave,” Tony said. “On the other hand, I consider myself lucky because everyone is nice. We treat each other like family. I was half-expecting to see attitude from these people I work with when we were already on our third week in lock-in. But I’m happy to say that everyone is OK.”

When he’s done with “Bagong Umaga,” Tony will transfer to the lock-in set of the movie version of his successful BL (Boys Love) series, “Hello Stranger” for Star Cinema.

Michelle, meanwhile, has just gotten out of the lock-in set of “Ang Sa Iyo ay Akin,” which she said had been “very tough because I was just on my own and didn’t have anyone to assist me. At least now, I have a plus one—my mom. The sadness is lessened. I just miss seeing my dog. I’m just happy to still have work because I need to help my family; also because I’m able to do that one thing I’m very passionate about—acting.”

Yves was among those who first experienced what it’s like to be in a lock-in set. He was part of the now-defunct war drama, “A Soldier’s Heart.”

“We stayed in Tanay then. There was no TV and no [phone] signal. We were the only people in the area. We had a hard time because we had to follow new rules and experience the ‘new normal’ ahead of everyone else,” recalled Yves. “This lock-in set is an improvement because we’re staying in a hotel with Wi-Fi. We can contact our families whenever we want to.”

Barbie claimed to have broken down because of depression during the first week. “I was used to being with my family all the time. I cried because I miss my Kuya so much. It’s good that my mom is here with me now. What’s also good about this team is that we’re like family. If I’m having a hard time with a particular task, I can easily approach the team for advice. It’s important that you are able to share your worries with people, para ‘di naiipon.”

She added: “Imagine how hard it is for us to just be in our hotel room. When we peek through our windows, we see the people outside, but aren’t allowed to be with them. However, I’m grateful since I know a lot of people have lost their jobs. I’m the family breadwinner, so I’m always game. I’d do anything for family.”

For Kiko, being in a lock-in set required major adjustments, “but everyone is taking care of us in order to bring out the best in us as actors. For that, I have nothing to complain about,” he pointed out. “If you miss your family, you can always do FaceTime. Lock-in is good because it gives you focus. You also have nothing to do but to study your script. It’s also the ideal setup for actors because they get to be in character longer.”

“Of course being away from my family is hard for me,” Heaven said. “What served as my coping mechanism was when my mom and grandma would send me food. Somehow, I felt like I was still at home.”

“I’m doing this for my mom,” Heaven said of her mother, Sheila, who is a cancer survivor. “I will keep pushing myself in order to help the family. I work for their happiness and security. I also want to be able to, at least, reduce the stress that my mom is feeling when she watches this.”

The series can be viewed weekday afternoons on free TV via A2Z Channel 11 and online via the Kapamilya Online Live channel.