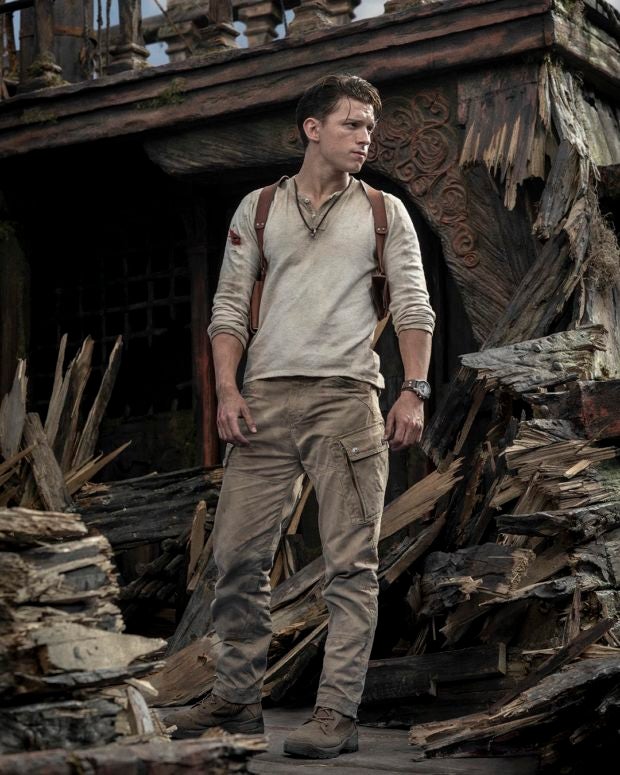 Tom Holland has finally given fans the first look of him donning the suit of another hero from a different franchise: Nathan Drake of the critically acclaimed “Uncharted” games.

Holland took to social media yesterday, Oct. 22, to share a photo of him as a young Drake in the character’s iconic outfit from the Naughty Dog games.

The film has been confirmed to take place before the events of the first game of the beloved PlayStation franchise. “Uncharted,” which has been in development for quite some time now, will be released on July 16, 2021.

Holland will be joined by Mark Wahlberg, who will be playing as Drake’s mentor and father-figure Victor Sullivan, famously known as only Sully.  Antonio Banderas, whose character remains undisclosed, will be starring in the film as well.

Ruben Fleischer, famous for directing “Zombieland” and “Venom,” is at the helm of the upcoming action-adventure film.

Nolan North, the iconic voice actor of Nathan Drake among all “Uncharted” games, meanwhile, took to Twitter to share his thoughts on Holland taking the reins of the character.

“Like looking into a mirror! Proud to have @TomHolland1996 continuing the Drake legacy!” North said. “Absolutely smashing it! Thanks for the set visit!!”

Like looking into a mirror! Proud to have @TomHolland1996 continuing the Drake legacy! Absolutely smashing it!
Thanks for the set visit!!@unchartedmovie pic.twitter.com/sfiFYUJVyH

North’s tweet came with several photos including a photo of him with Holland, and two photos of what appear to be stills from the upcoming film.  /ra