After rough patch, Rhian realizes ‘it’s OK not to be OK’ | Inquirer Entertainment

After rough patch, Rhian realizes ‘it’s OK not to be OK’

Rhian Ramos is now starting to feel better, especially after going through a rough patch that saw her dealing with pandemic-related stressors and heartbreak over calling it quits with her Israeli boyfriend.

“I’m doing well. I think everyone just needs some time. And once they’re able to figure out a new routine and adjust to the changes, then things will be OK,” she said in a recent virtual conference for “Truly. Madly. Deadly,” the fourth and last episode of the weekly GMA 7 drama anthology “I Can See You,” which ends today.

In her personal YouTube vlog uploaded late last month, Rhian admitted that she felt “brokenhearted” and “shattered” because of the breakup. On top of that, she had to find a new place because she was returning to work and didn’t want to put her mom at risk by living with her. 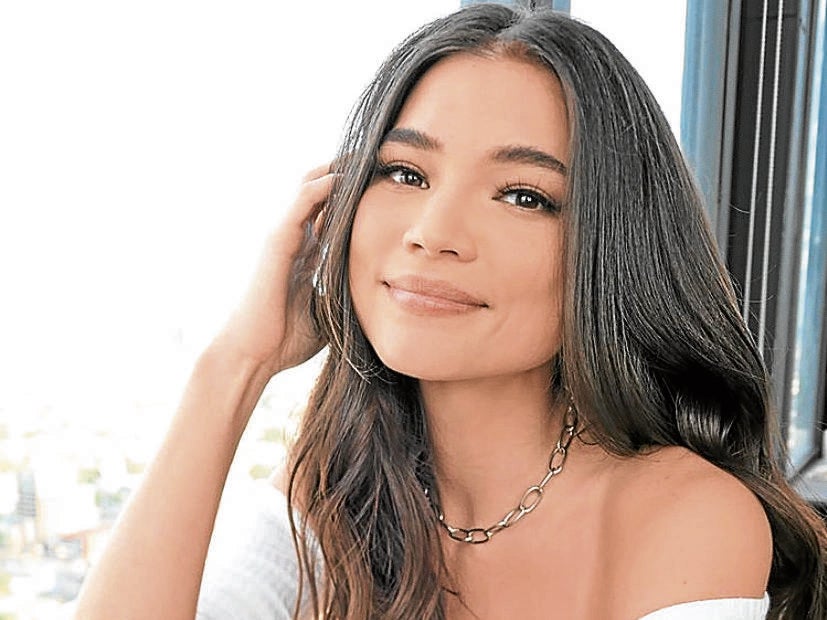 All these eventually took its toll on her emotional and physical well-being. “I was in so much pain … I wasn’t getting out of my bed. I wasn’t sleeping right. I couldn’t eat … I was under so much stress that my body basically just started eating itself,” Rhian, who lost weight during the ordeal, said in her vlog.

But after getting the chance to properly process her feelings, she realized that it’s OK not to be OK, and that things are going to get better in her own time. “I feel like the Lord is taking care of me, so OK naman lahat,” Rhian said in the video interview.

She turned 30 last Oct. 3 and she can’t help but feel that she’s about to turn a new leaf. 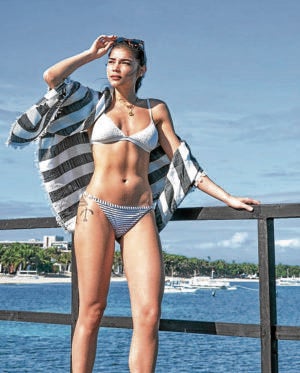 “People were greeting me and I could sense from their voices that they were checking if I were OK. But I was actually so excited to turn 30. In your 20s, you have so much energy, but you don’t know how to harness it, so you end up doing things you don’t really need,” she related. “Now in my 30s, I feel more comfortable with myself.”

“Of course, you don’t have to be 30 to feel that way,” she added. “It’s just nice to have that marker to sort of officially start. But I have been feeling like a new version of me since last year.”

Going back to the grind after a seven-month acting hiatus also helped her regain her footing and recapture her rhythm.

“This wasn’t the first time I took a long break, so I know about feeling rusty and sabaw on set. I had been worrying about it the whole time. But since I had been through this before, I knew how to prepare for it. I did some memory exercises, too, so I could get used to memorizing lines,” she related.

Doing a miniseries, Rhian pointed out, is a good starting block for when she finally starts filming her coming, full-length soap, “Love of My Life.”

“I was actually nervous at first because I didn’t know what challenges to expect in a lock-in taping. But now I feel ready to do ‘Love of My Life,’ which will have us doing multiple two-week lock-in taping sessions. I have heard of others doing one month at a time. That’s a bigger challenge,” she said. “But I’m lucky I’m able to gradually build my stamina.”

Rhian also sought advice from her costar, Jennylyn Mercado, who had previously taped episodes for “Descendants of the Sun.” While the two were part of the 2013 series “Indio,” they didn’t have any scenes together. This time, they finally had the chance to work more closely.

“Back then, we just greeted each other in the tent because we didn’t have scenes to talk about. That’s why I was excited about doing this show. Jen is a pro and so much fun to be with. It’s nice getting to know her more as a person,” said Rhian, who plays Abby, a vlogger out to review a resort, where Coleen (Jennylyn)—her friend-turned-enemy—happens to be a staff member.

While current conditions are tough, the resumption of production is good, Rhian said, not only for actors like her, but for everyone working behind the scenes. “Everyone’s trying to do what they can to work and find ways to support their families,” she said. “ And if we can do that by pushing through with projects like this, let’s do it.”

TAGS: I Can See You, Rhian Ramos, Truly. Madly. Deadly