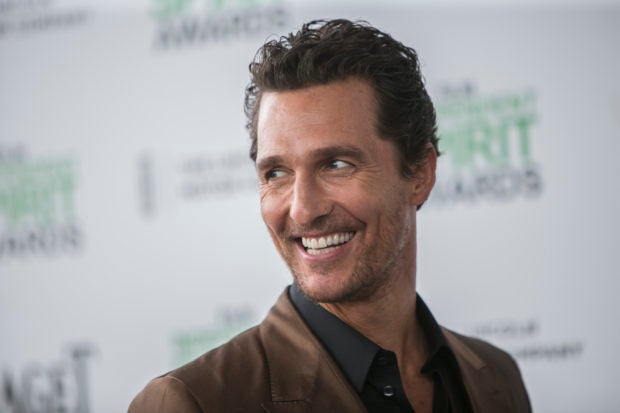 Hollywood star Matthew McConaughey has revealed that his father, James, died while having sex way back in 1992 — something the latter actually predicted.

The Oscar winner shared the story of his father’s passing by releasing an excerpt from his new memoir, “Greenlights,” as part of his cover story for People last week.

“I got a call from my Mom. ‘Your dad died.’ My knees buckled. I couldn’t believe it. He was my dad. Nobody or nothing could kill him. Except mom,” the 50-year-old actor said.

“He’d always told me and my brothers, ‘Boys, when I go, I’m gonna be makin’ love to your mother.’ And that’s what happened. He had a heart attack when he climaxed,” he added.

McConaughey was 23 years old back then while his father was 63.

As he talked of the book’s content in an interview with People released on Oct. 14,  the actor noted that his parents had a tumultuous relationship.

Being divorced twice two times and married three times, he disclosed that his parents were “at times, violent,” but always chose to end things on a good note.

No matter how ugly a fight or a situation became in the tough-love McConaughey household, however, the actor said that the “love always superseded” and “overran” the bad times right after.

Now a husband and father of his own, McConaughey said that he details in the book how his childhood compares to and contrasts his life now.

“My mom and died quite enjoyed a tumultuous, rocky, big wave relationship. I, I don’t remember the last time I raised my voice to Camilla [Alves],” he said.

“Camilla and I don’t have a relationship like my mom and dad have because we have a love that we never question and with our kids, we have certain rules for discipline for our children that they understand the expectations of,” McConaughey added.

Among other adventures, McConaughey focuses on fatherhood in”Greenlights,” stating that being a father had been his biggest dream since he was a child. The memoir goes on sale today, Oct. 20. Ian Biong/JB