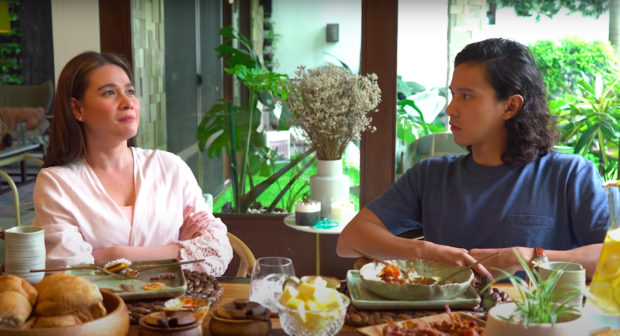 Bea Alonzo looked back on how her mother gave her tough love when she was dealing with problems in a previous relationship.

The actress spoke about going through a tough time alone during a conversation with Enchong Dee, which was posted on his YouTube page last Sunday, Oct. 4.

While the two longtime friends touched on various topics such as their careers and fashion, they also focused on more personal aspects of their lives. Their chat took a more serious tone when Dee admitted that he was absent in a “certain period” in Alonzo’s life.

Despite his absence, Alonzo pointed out that their friendship has probably reached a point where they believe in each other even without having to say anything.

However, Dee reiterated that he still was not there for her during that tough time, which she only specified as a “past relationship.” Alonzo then revealed that even her mom was not by her side when she faced problems in that relationship since she was giving the actress “tough love.”

Alonzo eventually appreciated how she went through the ordeal alone because it made her reflect on herself.

“In a way, it helped me figure out who I am and what I am capable of, and how tough I am and how much of a survivor I am,” she explained.

She also acknowledged that while everyone has their own journeys, one should never look down on what others are going through.

“Pwede maliit sayo ‘yan, but sa akin nung time na yan (It may be small for you, but for me during that time), it was big, it was ruling my world,” Alonzo noted.

She added that she had a lot of shortcomings in her friendship with Dee and many others at the time. Alonzo admitted as well that while she considers herself an achiever, her love life is one area where she keeps failing.

Following the said ordeal, Alonzo assured that she is now OK and stronger than before.  However, she clarified that she does not want to be “too tough,” which she says is a different value from being strong.

“I still want to keep a little softness in me kasi (because) that’s who I am,” Alonzo said.

While Alonzo did not specify which relationship she was referring to, some viewers speculated that she was speaking about her time with ex-boyfriend Gerald Anderson.

The two parted ways after Anderson was rumored to have cheated on her with Julia Barretto. Both Anderson and Barretto have since denied the rumors.

Dee and Alonzo begen their friendship when they starred together in the 2010 TV drama series “Magkaribal.”  /ra

‘We can still have hope amid chaos’: Bea Alonzo donates goods to orphanage