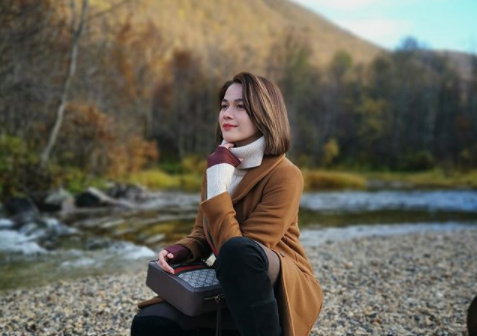 Bea Alonzo penned a spoken word piece to pay tribute to her home network ABS-CBN a day after it was ordered to shut down.

The actress posted her performance of a piece, opening with a line that goes “Isang sulat para sa aking tahanan,” on her Instagram page yesterday, May 6.

Alonzo stated that her piece is not meant to insinuate, complain about, or criticize anything. She said it is simply a means of looking back on her journey in the entertainment industry.

In the piece, Alonzo likens herself to a baby new to the world, who learned how to stand up and walk through the help of the broadcasting giant. Alonzo said in the piece that despite the struggles she faced in her journey with the network, there was always a hand to hold her and a light to guide her.

(But the road is not perfect. Sometimes you will see yourself as if you are in a roulette.)

While there are times she may be at the top or bottom of the roulette, Alonzo said she always saw the colors red, blue and green.

(Who am I? A frequent question. [I] only know one sure answer. I am a Kapamilya. For almost two decades, you have been with me.)

Alonzo then explained that she came to know herself through her popular roles from ABS-CBN productions: Basha from “One More Chance” and Bobbie from “Four Sisters and a Wedding”, among others.

Throughout her almost 20 years in the entertainment industry under ABS-CBN, Alonzo has won various awards for her acting, and starred in numerous TV and film productions. JB