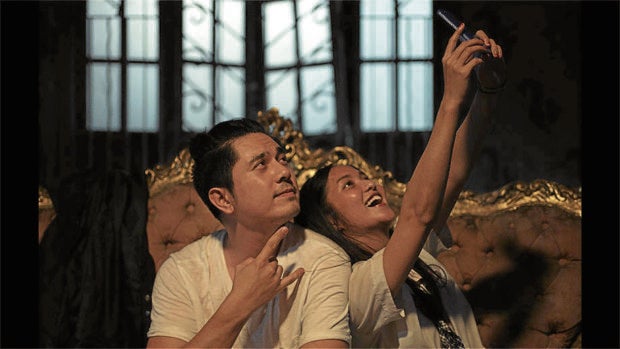 Fan Girl,” directed by Antoinette Jadaone, has been chosen as one of the country’s two representatives to the 2020 Tokyo International Film Festival (TIFF) in Japan later this October.

“Fan Girl,” together with 31 other films, will be screened under the festival’s Tokyo Premiere 2020 category, which features both veteran and emerging directors.

“This special lineup will allow audiences to enjoy, on an equal footing, a diversity of films from international and Japanese directors in all stages of their careers,” according to a press statement sent by TIFF.

The films were selected from among 1,356 titles from 107 countries. The film follows the story of a very eager fan, named Jane (played by Charlie Dizon), who sneaks into the house of her idol (Paulo Avelino) and sees the horrifying truth.

Meanwhile, Lav Diaz’s award-winning film “Genus Pan” will be showcased in the World Focus category of the same festival. Starring Bart Guingona, DMS Boongaling and Nanding Josef, it will be screened in Japan for the first time this year.

The 33rd TIFF will be held from Oct. 31 to Nov. 9 at Roppongi Hills, EX Theater Roppongi and other theaters in Tokyo.

Too bad, said Charlie, because their participation in the film fest will only be virtual as an effect of the COVID-19 pandemic.

Had she been given the chance to attend the festival physically, Charlie said she’d try to “watch as many foreign films as I can. I also want to learn how they (producers) create film concepts … how they (actors) develop their characters. I was never exposed to the technicalities of acting before. It helped that I got to attend acting workshops today.”

She said working on “Fan Girl” has helped her mature not just as an artist, but also as an individual.

“I’ve experienced challenges that I never thought I’d be able to overcome. I learned that you just have to keep the faith and be confident all the time,” Charlie said.

“I’m also grateful to Rise Artist Studio management (a talent management arm of Star Cinema) because it allowed me to participate in a lot of online classes and acting lessons during the lockdown,” the actress added.

“Direk Tonet made us practice method acting,” Charlie told Inquirer Entertainment in a recent Zoom meet. “Ramdam ko talaga ang pagka-fan ko doon. They didn’t treat me as one of their artists. I wasn’t allowed to see Paulo or even be in the same space as him. When it really got too hot on the set, that’s the only time they allowed me to enter the tent, but Pau would be staying in his car.”

“I wasn’t allowed to stay in the air-conditioned tent. I wasn’t even given my own chair,” recalled Charlie, adding that on the set she was treated by the entire production team as nothing but such—a fan—and not the lead actress that she actually is.

Charlie said she only got to really chat with Paulo during the latter part of the shoot, “because our characters got really close eventually.” 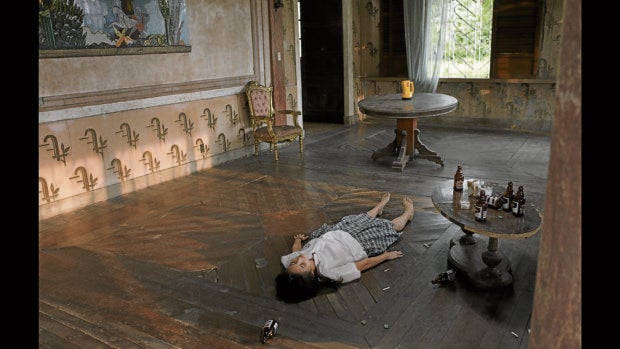 Charlie said that while Antoinette explained the whole concept to her, she wasn’t given a copy of the full script. “I understand her completely. Each shooting day, I’d get surprised by what I was supposed to do. Direk did that on purpose because she said she wanted my reactions to come out naturally. The downside was that I have to level up and be quick in memorizing my lines,” Charlie shared with Inquirer Entertainment.

“After shooting, Direk would contact me to ask how I was doing, whether or not I feel comfortable on the set. She warned me earlier about what they would make me do. She also told me not to feel bad because they don’t interact with me much on the set, and that it all was part of the method,” explained Charlie.

Meanwhile, Charlie said she would often observe Paulo on the set whenever she gets the chance. “I wanted to know his process of acting. I saw that he really loves his art. He would also take photos and videos during his free time. I noticed that he really has an eye for it,” she said.

Asked about how she worked on her chemistry with Paulo, Charlie laughed and said they didn’t even attempt to develop it at all. “We never talked about it. That’s why during our first shooting days, I really felt shy being in front of him. I guess that’s what Direk Tonet wanted to see, the awkwardness in Jane when her idol is around. It was only toward the end of the shoot that Pau and I were really able to talk.”

Is it possible for someone like her to fall for Paulo in real life? Charlie replied with a loud “of course!” She then started describing the traits that make Paulo endearing to girls.

“He is very artistic. He is such a gentleman. He would guide me during the shoot and would often speak up for me when I got too shy to say that I’m already having a difficult time while doing a particular scene,” she said.

She, however, added that, “while some girls go for the quiet and mysterious type, I really prefer someone who shares with me the same wavelength. Gusto ko ‘yong magaang kausap, effortless. But then, Paulo has a girlfriend so we really shouldn’t be talking about this anymore,” she said, laughing.

Charlie was seen on the big screen in films like “Seven Sundays,” “Sin Island” and the movie adaptation of the Palanca award-winning “Pandanggo sa Hukay,” which was among the finalists in the 2019 Cinemalaya. On TV, she was last seen in “A Soldier’s Heart.” INQ