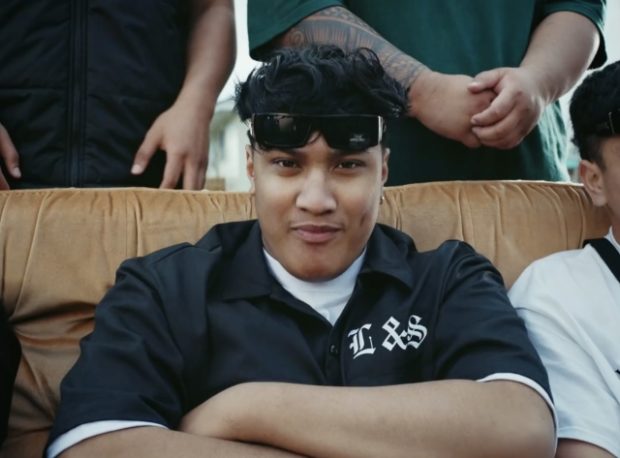 New Zealander Jawsh 685 is taking over the international charts with his siren jams. Image: Jawsh 685 and YouTube via AFP Relaxnews.

A young New Zealander is behind one of the most popular TikTok tunes of the past few months. Jason Derulo recently headlined worldwide charts thanks to “Savage Love”, based on a melody by Jawsh 685. This hit has allowed the 17-year-old to pen a Columbia Records deal to advocate Maori heritage beyond Oceania.

Joshua Stylah, aka Jawsh 685, did not expect his “Laxed (Siren Beat)” to become such a hit. He composed the tune in a few hours in his Auckland bedroom in July 2019.

“I came home from school, brought out my laptop and started to mess around until I got that beat. I was just mixing and matching whatever I felt went right. I don’t have any specific to say about the beat itself, it honestly just came about!” said Jawsh 685 to NME magazine.

While Jawsh 685 shared the tune on YouTube in July 2019, it only became a viral hit on TikTok several months later thanks to added choreography. Many influencers shared the single and its dance challenge, from Addison Rae to Tony Lopez and actress Jessica Alba.

“Laxed (Siren Beat)” was then taken over by American singer Jason Derulo. He added lyrics to the Jawsh 685 tune last May and renamed it “Savage Love”, but without crediting Jawsh 685. This blunder was soon noticed by the internet sphere and Derulo retitled his song “Savage Love (Laxed – Siren Beat)”.

The rise of ‘siren jams’

The hit currently ranks in 9th in Billboard’s Hot 100, however, it could soon top it thanks to a new K-Pop remix. K-Pop superstars BTS collaborated with Jawsh 685 and Jason Derulo to remix “Savage Love (Laxed — Siren Beat)”. The remix dropped on Oct. 2.

“Laxed (Siren Beat)” is allowing a small taste of New Zealand music to take the limelight, especially the “siren jam” phenomenon. This musical genre, little known outside Oceania, has similarities with dem down and reggae. However, this genre’s tracks are designed to be played through siren speakers attached to cars or bikes.

“We all listen to these sounds in my culture, I wanted to make a similar song that reminded me of home,” Jawsh 685 recently told NME. CC