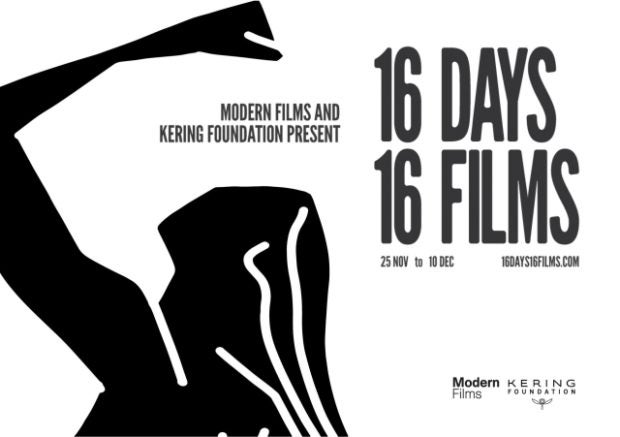 For the third 16 Days, films for the politically committed competition will be welcomed from women directors in six countries. Image: Modern Films and Kering Foundation via AFP Relaxnews.

The world of film is stepping up to condemn violence against women with the competition “16 Days 16 Films” which will select 16 short films directed by women from six different countries. Aspiring filmmakers hoping to make one of the 16 shorts have until Oct. 8 to submit their works.

Nov. 25 is International Day for the Elimination of Violence Against Women. In anticipation of this date, the “16 Days 16 Films” initiative is organizing a competition for short films by women directors on the theme of violence against women.

This latest “16 Days” competition is open to directors from six countries, with Mexico and the United States joining the initiative for the first time, alongside France, the United Kingdom, Ireland, and Italy.

The competition, which is only open to female-identifying directors, is for short films on the topic of gender-based violence. The films should be no longer than 20 minutes in length and can be made using any equipment, including smartphones, that aspiring directors have at hand. The rules further stipulate that films can be of “any genre” and directors can choose to make them “as traditional or experimental” as they see fit.

An independent jury will select the top three films, whose directors will be offered financial support. The overall winner will also be given “the opportunity to create the next ‘U.K. Says No More’ public service announcement,” which will feature in a national campaign to raise awareness on domestic and sexual violence.

Shown online in November and December

The 16 finalists will be announced in mid-November. At this time, the competition organizers have not announced the exact date, but it will be before Nov. 25, which is the United Nations-designated International Day for the Elimination of Violence Against Women.

Starting on this date, which will also be marked by the kick off of the U.N. Women campaign 16 Days of Activism against Gender-Based Violence, the films will be released at a rate of one per day.

The short films will be shown on the websites of the Kering Foundation and Modern Films, and will also be streamed by the event’s non-governmental organization partners, which include En avant toute(s) in France, Chayn Italia in Italy, Fondo Semillas in Mexico, and the National Network to End Domestic Violence in the United States.

Launched in 2018 by the London-based consultancy Modern Films, the “16 Days 16 Films” initiative has received support from the Kering Foundation, which is dedicated to the goal of ending violence against women, since 2019.

According to the foundation, one in three women in Europe will be a victim of physical or psychological violence in the course of her lifetime. CC