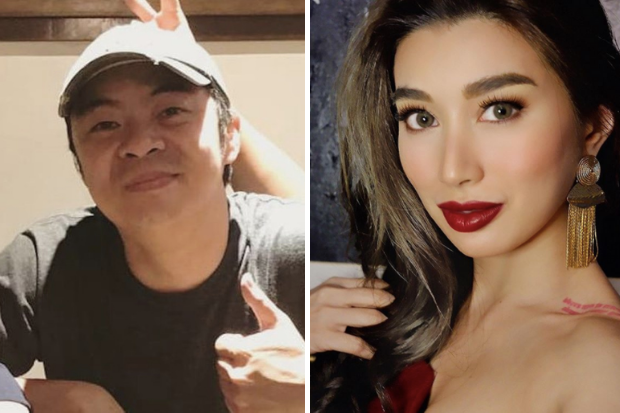 The upcoming song, which has been titled “Poblacion,” will be dropping on Oct. 16, Asensio announced via Instagram yesterday, Oct. 2.

“New month… new music!!! This one I’ve been excited to release for a year now… it has always been a dream of mine to sing with @chitomirandajr Sobrang astig nya (He is so cool)!!! Kahit anong genre (Whatever the genre is)!” Asensio said.

FEATURED STORIES
ENTERTAINMENT
‘Not my loss’: Did Kris Aquino just comment on her breakup with Mel Sarmiento?
ENTERTAINMENT
Wendell Ramos finally gets to hold his newborn for the 1st time
ENTERTAINMENT
Tito, Vic and Joey still not quitting, breaking trends as they celebrate 50th year in the biz
View this post on Instagram

“Thank you, Lord for this dream come true! Plus nadagdagan pa ng mga musical genius from #AMPBigband [Asosasyon ng Musikang Pilipino Big Band]!!! Astig (Plus, it was given the touch of musical geniuses from the AMP Big Band! Cool)!” the singer-songwriter added.

Not much has been revealed about the song, but Asensio noted in her post that “#OPMjazz meets #OPMrock” in her and Miranda’s team-up.

The two earlier teased fans with “Poblacion” last February, with Asensio even sharing snippets from what appears to be the song’s music video featuring veteran actress Cherie Gil.

Miranda, meanwhile, also took to Instagram on Feb. 1 to announce that “Poblacion” was “coming soon.”

Asensio then thanked Miranda for teaming up with her, saying that having done so had ticked one thing off her bucket list.

“@chitomirandajr pinyaaaa!!!! I’m so honored and happy to have you here,” Asensio commented. “Bucket list ko makasama kita sa kanta (Collaborating with you in a song is included in my bucket list) and I got more than my wish coz you got to share your brilliant voice AND acting hehehe. I love you dear friend. Salamat (Thank you)!” 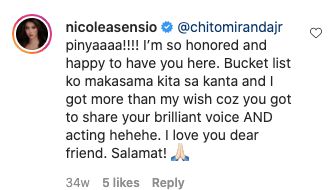 Prior to collaborating for “Poblacion,” Miranda and Asensio worked together by starring in the music video for Miranda and rapper Abra’s song “Diwata.”  /ra

Read Next
Vina Morales’ phone snatched while inside car along Edsa
EDITORS' PICK
Acer starts the year off strong with the Aspire Vero National Geographic Edition
Critical scenario: 3 Comelec vacancies just 3 months before elections
PH logs 37,070 more COVID-19 cases; over 33K others recover
Over 3 Million worth of prizes to be won at Smart Padala’s SENDali Manalo Promo!
The best of bayside and city living at SMDC’s Sail Residences
‘Not yet the end’: Lawyer says Marcos Jr’s DQ cases to take lengthy process
MOST READ
NBI foils escape attempt of Kerwin Espinosa, two others
‘Not yet the end’: Lawyer says Marcos Jr’s DQ cases to traverse lengthy process
Wendell Ramos finally gets to hold his newborn for the 1st time
Marcos camp ‘extends hand of unity’ after COC cancellation bid is thrown out
Follow @IBiongINQ on Twitter
Don't miss out on the latest news and information.