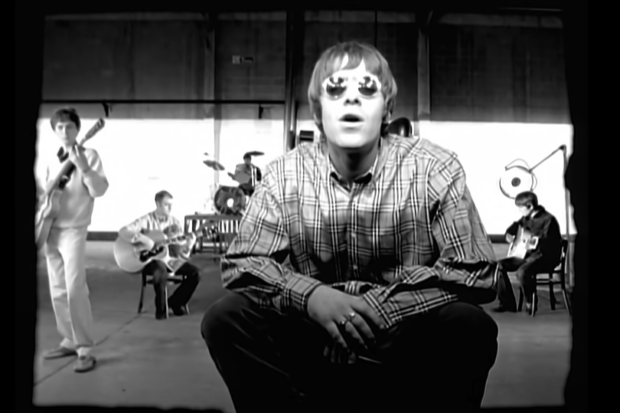 Oasis in the remastered music video of “Wonderwall”. Image: screengrab from YouTube/Oasis

To mark the 25th anniversary of “(What’s The Story) Morning Glory”, British rock band Oasis has released the remastered music videos of several hits from the iconic album.

Oasis teamed up with YouTube to produce several online events leading up to the album’s anniversary this Friday, Oct. 2. In line with the celebration, all singles from the album will be getting HD video and audio remasters.

The band has so far uploaded the remastered versions of “Wonderwall”, “Champagne Supernova” and “Don’t Look Back In Anger”.

Other classic Oasis singles from “(What’s The Story) Morning Glory”, namely “Roll With It”, “Some Might Say”, “Morning Glory” and “Round Are Way” have meanwhile already received their remasters in the past years. The band’s official YouTube channel have all compiled these, along with the new ones, in the playlist “#MorningGlory25.”

Also included in the playlist is the trailer for the 25th-anniversary celebration, which was uploaded on Sept. 3.

Also to mark the milestone is the release of Noel Gallagher’s exclusive interview titled “Return To Rockfield”, which sees the rock star returning to Rockfield Studios in Wales, United Kingdom.

The trailer for the said interview, which will premiere on YouTube tomorrow, Oct. 1, has also been released just yesterday, Sept. 29.

In the interview, Gallagher will be “looking back at his memories and reflecting on the album’s legacy,” the band wrote in the video’s description section.

Oasis has also put out exclusive merchandise, such as shirts and new limited editions of album formats, including a double silver-colored LP and picture disc on heavyweight vinyl with remastered audio. JB