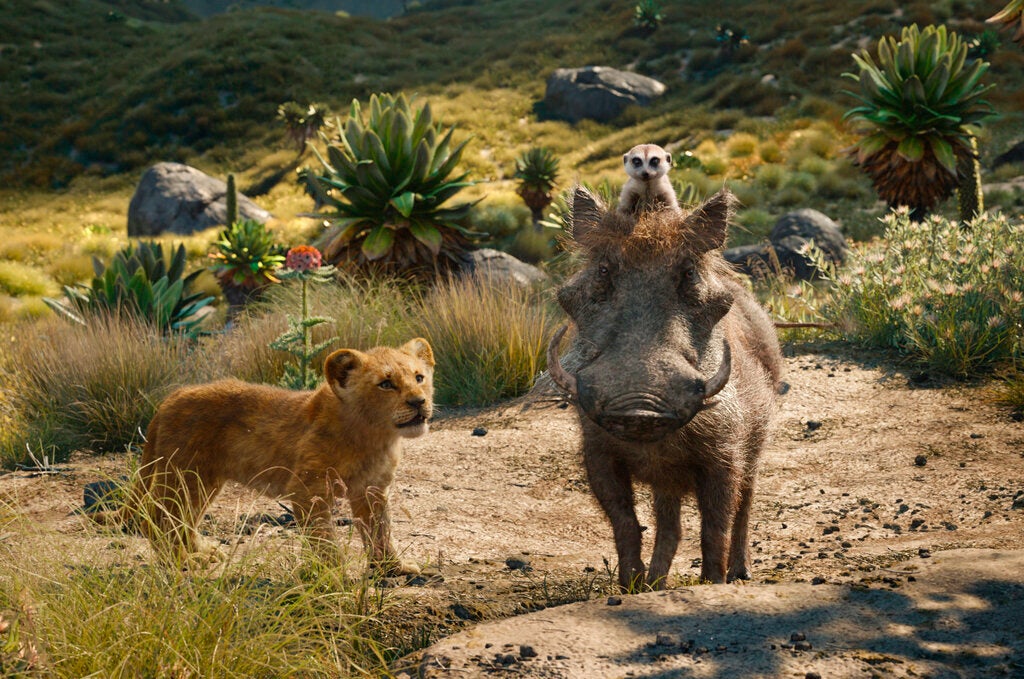 Young Simba, voiced by JD McCrary, Timon, voiced by Billy Eichner, and Pumbaa, voiced by Seth Rogen, in a scene from “The Lion King.”  (Disney via AP)

LOS ANGELES–Disney’s blockbuster remake of “The Lion King” is getting a follow-up from Oscar-winning “Moonlight” director Barry Jenkins, the company told AFP Tuesday.

The 2019 movie featuring photo-realistic graphics and a star-studded voice cast including Beyonce took over $1.6 billion at the worldwide box office, despite mixed reviews.

The film about young lion cub Simba avenging his father’s death became the highest-grossing of the Mouse House’s many recent remakes, more than justifying its estimated $250 million budget.

It employed cutting-edge technology that saw a traditional camera crew “film” computer-generated characters roaming the African savannahs from inside a virtual reality world.

The follow-up is expected to use the same approach, though no start date for production, plot or cast has yet been announced.

Jenkins, whose 2016 coming-of-age drama “Moonlight” about an African-American gay man won the Academy Award for best picture, said in a statement that he “grew up with these characters” after helping his sister raise two young boys in the 1990s.

“Having the opportunity to work with Disney on expanding this magnificent tale of friendship, love and legacy while furthering my work chronicling the lives and souls of folk within the African diaspora is a dream come true,” he said in a statement to AFP.

The 1994 “Lion King,” on which last year’s remake was closely based, is seen as the peak of Disney’s 1990s “renaissance,” spawning a smash-hit Broadway musical version as well as a direct-to-video sequel.