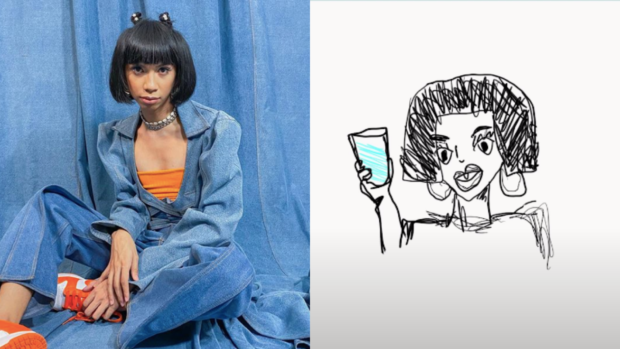 Vlogger Mimiyuuuh and the art for his debut single “DYWB”(Images: Instagram/@mimiyuuuh)

Vlogger Mimiyuuuh marked his venture into music with the release of his debut single “DYWB (Drink Your Water Bitch)” yesterday, Oct. 1.

The YouTube star created the song with Kean Cipriano’s label O/C Records, which premiered the track’s audio on its YouTube page on the same day.

“DYWB (Drink Your Water Bitch)” highlights some of Mimiyuuuh’s famous lines and his sense of humor. The vlogger begins the tune by singing “Mimiyuuuh in your perya,” a play on K-pop group Blackpink’s catchphrase.

Along with the audio of the song, O/C Records also posted a rough drawing of Mimiyuuuh holding a cup of water.

Meanwhile, the label noted that the tune “relies heavily on mimiyuuuh’s pure comic performance and thrives on not taking itself too seriously, focusing instead on delivering the refreshments, even if it means being unable to come up with a second verse or being unable to use explicit words in the process, so as long as she is having fun and the people do remember to drink their water.” O/C Records revealed that Mimiyuuuh officially joined their roster of artists last month.

The vlogger gained widespread popularity for his “Dalagang Pilipina” challenge, which went viral early last year. Following his rise to fame, Mimiyuuuh has since collaborated with various celebrities such as Heart Evangelista, Sarah Geronimo and Pia Wurtzbach.  /ra