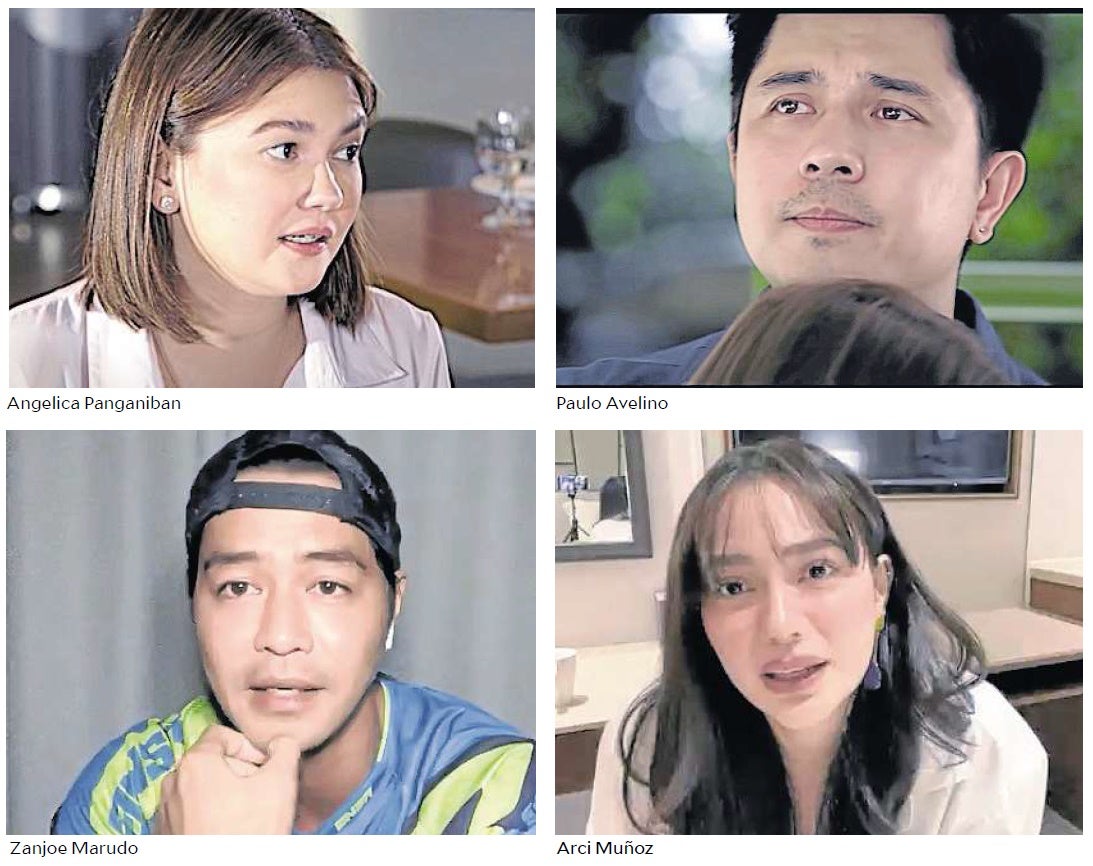 While “Walang Hanggang Paalam” lead star Angelica Panganiban said she would retire from doing TV series after this action-drama project, the rest of the main cast—Paulo Avelino, Zanjoe Marudo and Arci Muñoz—said they were simply thankful to still have work at a time when major businesses are closing as a result of the pandemic.

Angelica said “Walang Hanggang Paalam” was “very personal” to her because it was while she was doing it when she “decided on what’s really important in my life.”

“I’m happy that I was given the opportunity to be a part of this project and work with these directors (Emmanuel Palo and Darnel Villaflor) and the cast,” she told a virtual media gathering held over the weekend.

“But I want to bid goodbye to doing teleseryes. I’m grateful that I was able to do a lot of similar projects for ABS-CBN. I’m not leaving the network, but this will be my last TV series,” Angelica declared but did not elaborate.

She added that it was for this reason that she felt excited while working on the set. “While I am graduating from doing TV series, I learned a lot from working on this particular project. I’ve discovered a lot about myself, things that I never thought I was capable of doing. I hope that when you watch me on this show, I won’t be a letdown,” the actress said.

In the series, Angelica and Paulo play former lovers Celine and Emman, who go their separate ways after the latter ends up in jail due to a wrongful conviction. Believing he is guilty of the crime, Celine breaks up with him and raises their son, Robbie, on her own.

After spending years in jail, Emman is finally released, but his hope of rebuilding his family is shattered when he discovers that Celine is now engaged to Anton (Zanjoe), a wealthy businessman.

Looking to start anew, Emman tries to make up for lost time with his son. But before they can even reunite, Robbie gets kidnapped by a suspected syndicate. As they search for the kid, their efforts are muddled up by bitterness and old issues, while Celine gets caught between Emman and Anton, who are both determined to look for Robbie and prove their love to her.

Emman, meanwhile, finds comfort in Sam (Arci), a former colleague who is secretly in love with him and helps him in his search.

Meanwhile, Zanjoe said he has also made some “personal discoveries” while they were taping for the series, even while most of Luzon province was on lockdown—that the pandemic has an equalizing effect.

“It was while we were taping when I realized that the pandemic sort of erased the ‘top to bottom’ hierarchy in the biz; that no one person is more important than the other. Before the pandemic, we would often say in our minds that, ‘I’m an actor. I’m important. Without me, this project will not succeed.’

“But during the shoot, we experienced bayanihan,” Zanjoe shared with reporters. “We treated everyone on the set as our equal. We protected (from the virus) not just ourselves, but everyone we worked with. I hope that we will continue to practice this even when the pandemic is over.”

Arci said that while she considers all of her projects important to her, “this show is different because it was given to me while we were all going through tough times,” she explained. “To be able to get a project at this time, when a lot of people are losing jobs, is a blessing.”

She further explained: “I got the project at a time when I needed it the most—not just for its financial rewards, but also for my mental health,” said Arci. “This gave me hope. This made me realize that we all have to continue living even while we’re currently enveloped by darkness; that light will eventually shine through the darkness.”

Meanwhile, Paulo said his “take away” from working on the series was that “working under strict [health and safety] protocols is actually good for us. Actors used to feel exhausted all the time from lack of sleep. These days, we only work for 12 hours. The network took that into consideration, not only for us, but also for the entire crew. They made sure we’re all safe [from the virus].”

“I learn something from every project I make,” Paulo began. “But this series is a lesson on the different kinds of love: for family, for a child, for a potential life partner, as well as for the people around you.”

The series can also be viewed at the same time slot in various areas in Europe, Middle East, the Asia Pacific, Australia and New Zealand on the Kapamilya Channel, Kapamilya Online Live, TFC and iWant TFC.