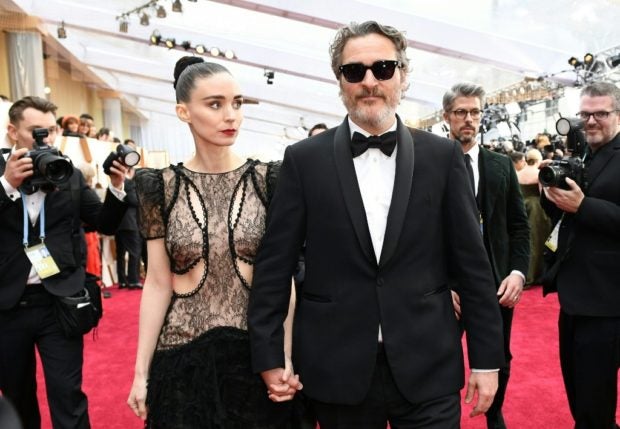 Joaquin Phoenix and Rooney Mara have reportedly welcomed their first child together, a baby boy.

Director Victor Kossakovsky broke the news during a screening over the weekend of “Gunda”, a film about a pig in Norway, which was executive produced by Joaquin, Buzzfeed News reported today, Sept. 28.

Kossakovsky mentioned during the 2020 Zurich Film Fesitval that the “Joker” star could not attend the screening because he “just got a baby,” a “beautiful son called River.”

Their son is a namesake of Joaquin’s brother who was 23 when he died in 1993 due to a drug overdose. River was a musician and actor, and advocated for animal welfare and the environment — also advocacies that Joaquin firmly supports.

When he received his Oscar this year for best actor in a leading role, Joaquin spoke about animal rights and ended his speech with a tribute to River, quoting his lyrics, “Run to the rescue with love and peace will follow.”

The couple has yet to confirm the news and have remained mum even as reports swirled in May that Mara was six months pregnant. They got engaged last year after dating for three years, first meeting on the set of the Spike Jonze film “Her”. Niña V. Guno/JB

Rooney Mara pregnant, to have first child with Joaquin Phoenix—report