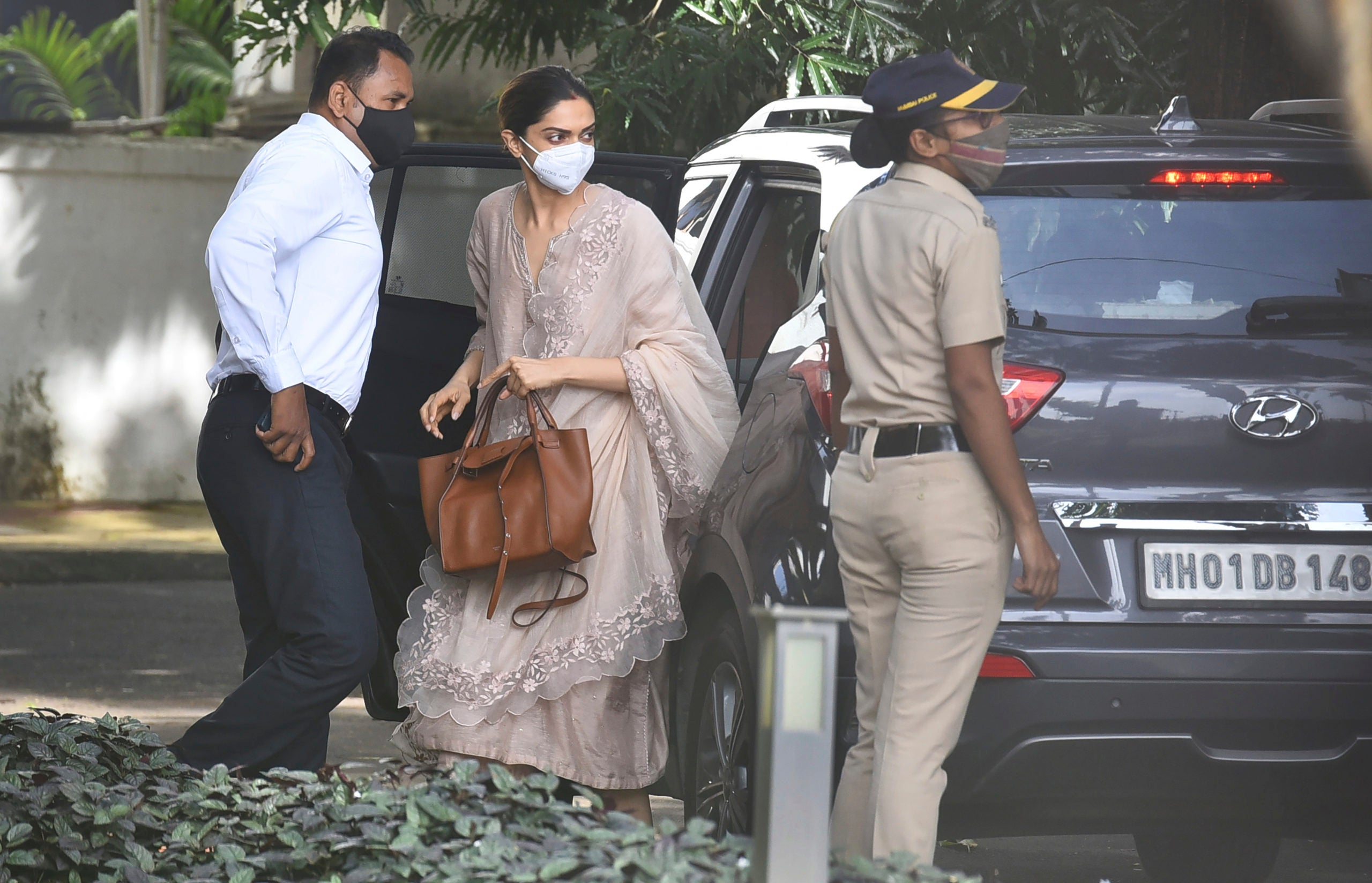 NEW DELHI  — Three Bollywood actors, including top star Deepika Padukone, were questioned by India’s narcotics agency on Saturday as part of an investigation into the movie industry’s alleged links with drug peddlers and cartels, officials said.

Padukone was the first to arrive at the Narcotics Control Board’s office in Mumbai. She had received a summons earlier in the week while shooting a movie in the western beach resort of Goa.

Details of the questioning were not immediately available.

The narcotics agency said in a statement that it started the Bollywood drug probe after the death of young actor Sushant Singh Rajput, whose body was found at his Mumbai residence in June. An investigation is ongoing.

Padukone is one of more than a dozen people working with the Hindi movie industry who have been questioned by the agency in the past two weeks. Her manager Karishma Prakash was questioned on Friday.

A top Bollywood filmmaker, Karan Johan, said in a statement Friday that allegations of narcotics being consumed at a party hosted by him in July last year at his residence were “false and baseless.”

His response came after an old video from a star-studded party at his residence surfaced on social media.