After his cachet-boosting foray into theater by way of “Miss Saigon” (as Thuy) and “Sweeney Todd” (as Anthony), Gerald Santos is thrilled not only to return to the concert scene, but also to venture into the movies.

The former grand champion of “Pinoy Pop Superstar,” who turned 29 in a lockdown birthday fete last May 15, will begin shooting his scenes tomorrow—pandemic be damned—in the role of Philippine National Police Special Action Force (SAF) commando Christopher Robert Lalan, the lone survivor of the grisly Mamasapano clash in Maguindanao province that claimed the lives of 44 soldiers and about 23 Muslim rebels in 2015.

“I’m deeply honored and overwhelmed by the offer,” Gerald said. “I cried just by reading the script. And while I’m starting to feel the pressure, I’m also thankful that this role landed on my lap. I will give my 200 percent to give justice to it.”

The other knockout hit in Gerald’s one-two punch provides just as big of a challenge for the balladeer: He is headlining the virtual concert “The Great Shift” at 9 p.m. on Oct. 17 (visit ticket2me.net) under the direction of Antonino Rommel Ramilo, with special guests Lea Salonga, Andrew Fernando, Joreen Bautista and Elisha Pontanares.

“‘The Great Shift’ is unlike the usual online concert performed at home,” Gerald said when asked why concertgoers, theater buffs and music lovers should patronize the play-for-pay show. “We’re doing it on an actual concert stage, with a grand piano, cello and violin to accompany us. People will be able to watch it on their phones, computers or even TV sets, as if they’re watching a live telecast of an actual concert. I am also blessed to have internationally renowned Filipino performers as guests! What are the chan­ces of gathering such a talented roster during a pandemic?”

More than that, his well-curated repertoire has everything for everyone, Gerald added: “They can expect a mixture of pop, OPM, as well as Filipino and Broadway showtunes. This concert aims to uplift the spirit of our ‘kababayans,’ providing entertainment with the feel of a live concert.

“This is also for a very good cause. We have two beneficiaries: Awpi (Artists Welfare Project Inc.) and the Good Samaritan Foundation. In my own little way, at least I can help fellow performers and other people in dire need of medical assistance, particularly those displaced by the pandemic.” 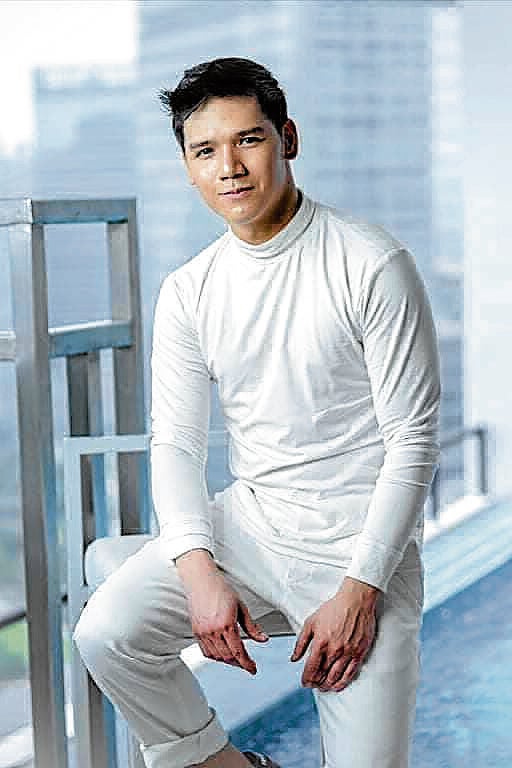 Excerpts from our interview with Gerald:

You acted with Lea Salonga in “Sweeney Todd: The Demon Barber of Fleet Street.” What was it like meeting her for the first time, and what have you learned from her as a theater artist?

At first, I couldn’t believe that I would be talking, working and interacting with one of my biggest idols. I was just starstruck during our first encounters (laughs)! But while she’s a perfectionist, Lea can also loosen up with the people she’s working with. I want to emulate her professionalism, as well as how she conducts herself to her peers.

I remember Day 1 of our music rehearsals for “Sweeney”—where Lea already knew all her songs, and even those of the other characters’! It seemed like she had memorized the whole libretto.

Our opening night was still weeks away and there she was, ready for our preview and the premiere! I really enjoyed seeing her weave her magic up close and personal. She was very supportive to all of us, despite her superstar stature as an artist.

How has your foray into theater improved your skills as a performer?

I’d say theater has helped me become a total performer. It has armed me with valuable weapons I can use to my advantage when I’m performing. In concerts, I’m able to deliver my spiels with more clarity and confidence.

In terms of singing, my voice has become stronger and more powerful without losing the required emotion. I can easily relate to the songs now and relay the message with clarity and the right intent.

Please name five local and five international singers you look up to, and why?

Among the local performers, I’ve always looked up to Martin Nievera, Gary Valenciano, Ogie Alcasid, Janno Gibbs and Regine Velasquez. I’m innately a balladeer, so their songs really suit my voice. With Regine, when I was a kid and still possessed a “female” voice, I used to sing her songs, even at amateur singing contests, would you believe (laughs)?

The international singers I grew up admiring include Josh Groban, Michael Bublé, Barry Manilow, Whitney Houston and Mariah Carey. Their distinct voices, exceptional talent and dedication to craft have always been sources of inspiration.

What are the theater roles you’d like to be given a shot at?

Oh, I have a lot of dream roles—first and foremost would be Marius in “Les Miserables,” then Aladdin and Raoul or the Phantom in “The Phantom of the Opera” to name a few.

What have you realized about yourself during the quarantine period?

I realized that I’m still richly blessed despite this world crisis. Before the quarantine, one couldn’t help but compare yourself to others. It was very competition-oriented, so naturally, you wouldn’t want to be left behind. So, you work really hard—which sometimes affects your mental being. You get anxious and impatient.

Now, it’s different. I’m just thankful for the small things God is giving me every day, and thankful even more that my loved ones and I are alive and healthy. I’m more relaxed and at peace with myself and my surroundings.

Also, I’m so glad I was able to go back to my childhood passion—which is owning a dog. I got a French bulldog, my dream breed, during the ECQ (enhanced community quarantine) and even got into breeding successfully (my dam had eight puppies)! I’m very happy to rediscover my love for animals and nature in general.

Despite the current limitations, would you encourage hopefuls to pursue a career in performing arts?

If performing is their passion, they should go for it! This is such a high-risk, high-reward job, so if they don’t love it, they won’t last long and may tire out in the middle of the race.

With the current situation, you can’t help but question yourself: Is it still worth it to be a performer these days? If you’re really passionate about it, then the answer is yes. I know this, too, shall pass. Sooner than later, most of us will again be able to do what we love most: Performing in front of a live audience!