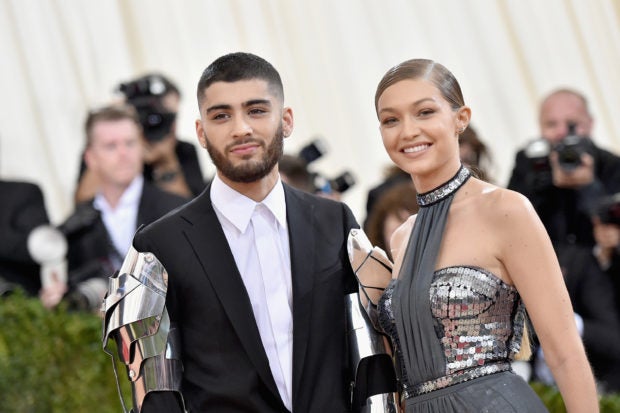 Gigi Hadid has finally given birth to her first child, a daughter, with boyfriend Zayn Malik, officially making the star couple parents now.

Malik took to Twitter to share the good news to the world earlier today, Sept. 24, saying, “Our baby girl is here, healthy & beautiful.”

“[To] try put into words how i am feeling right now would be an impossible task. The love [I] feel for this tiny human is beyond my understanding,” the singer said, sharing a photo of his hand holding his baby girl’s.

“Grateful to know her, proud to call her mine, [and] thankful for the life we will have together,” he added.

Our baby girl is here, healthy & beautiful🙏🏽❤️to try put into words how i am feeling right now would be an impossible task. The love i feel for this tiny human is beyond my understanding.Grateful to know her, proud to call her mine, & thankful for the life we will have together x pic.twitter.com/nvhfOkk2fw

The couple confirmed that Hadid was pregnant last April during an appearance at the “The Tonight Show Starring Jimmy Fallon”.

“Obviously, we wished we could have announced it in our own terms but we’re very excited and happy and grateful for everyone’s well-wishes and support,” Hadid told the host.

Malik and Hadid awaited their baby’s arrival at their Manhattan apartment in New York, United States. Prior to that, the couple had been spending quarantine at the supermodel’s farm in Pennsylvania.

Only last Friday, Sept. 18, Hadid posted a few baby bump photos on Instagram from “about 27 weeks ago,” noting that “time flew.”

Hadid and Malik have been in an on-and-off relationship since 2015. They broke up in March 2018 and eventually reunited, only to split again in January 2019. They appeared to have gotten back together again by end of last year. JB