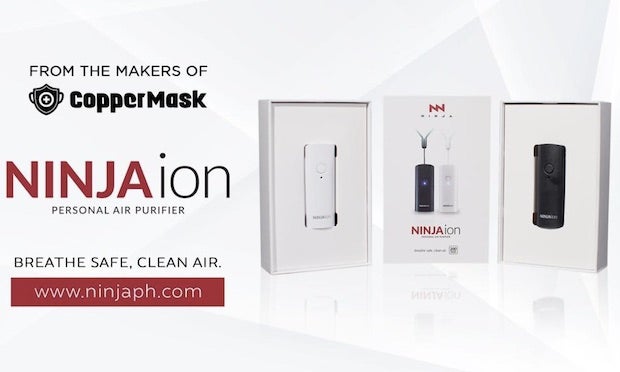 Make way for the newest device that will give you safety and protection in this time of pandemic. The makers of CopperMask introduces Ninja Ion, your personal air purifier.

Negative ions, known also as “vitamins of the air,” are making waves in the wellness market as they are believed to promote increased physiological health, productivity, and overall well-being.

Most air conditioners and air purifier brands not only include an anti-microbial filter but also have a so-called “negative ion generator.”

So what are negative ions and what do they do?

Negative ions are atoms with more electrons than protons, usually generated either by high electrical discharge in the atmosphere by lightning or by the violent crushing of ocean waves.

That’s why your body feels relaxed, calm and composed every time you step outside just after a thunderstorm or if you’re near an ocean. 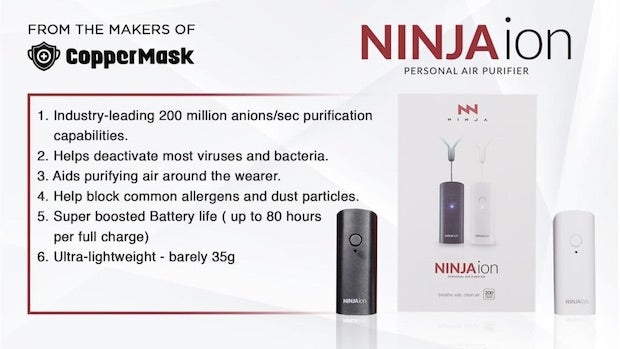 Never settle for less. Let’s help each other by protecting ourselves by wearing the personal air purifier, Ninja Ion.

Negative ions also impact the quality of air we breathe. Reports show that it helps people in relieving symptoms of allergies caused by dust, molds spores, and other allergens.

Because of more and more information coming out on the positive effects of negative ions, more and more negative ion air purifiers are being offered in appliance stores — some of them as big as suitcases and some as small as bread toasters. 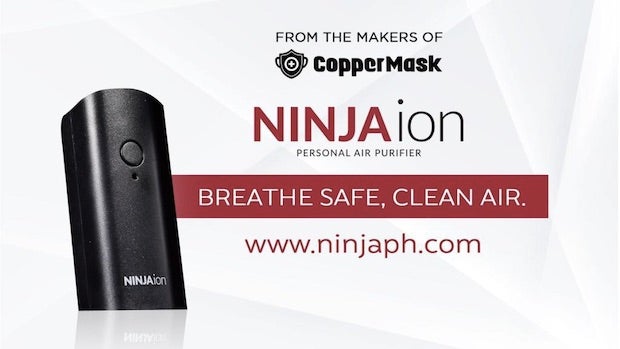 Just 3 inches in height and barely 35 grams in weight, this tiny gadgets packs a powerful punch by releasing an industry-leading 200-million negative ion count per second, which provides a one-meter maximum radius of protection for the user.

It’s easy to operate and lasts for at least 80 hours on a full charge using a USB cable.

With the lanyard that comes with it, you can wear it like a necklace as it releases those negative ion to protect you anywhere you need it. 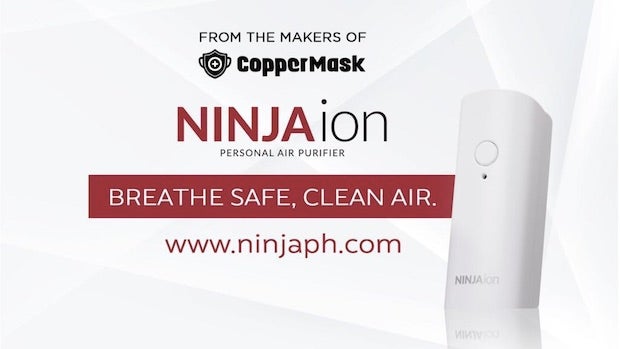 Fresh and pure as it looks, breathe the purified air around you. Protect yourself with the Ninja Ion white version.

Ninja Ion purifies the air around the wearer, blocking common allergens and dust and clearing smoke and other dangerous particulate matter floating in the air. It also helps deactivate certain bacteria and viruses.

So the next time you go outside, it wouldn’t hurt to add the NINJA ION in your arsenal of protection. 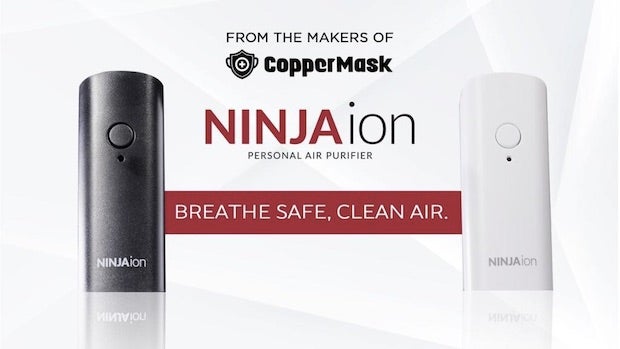 Ninja Ion has 200 millions anions that will help break harmful particles and deactivates bacteria and viruses.