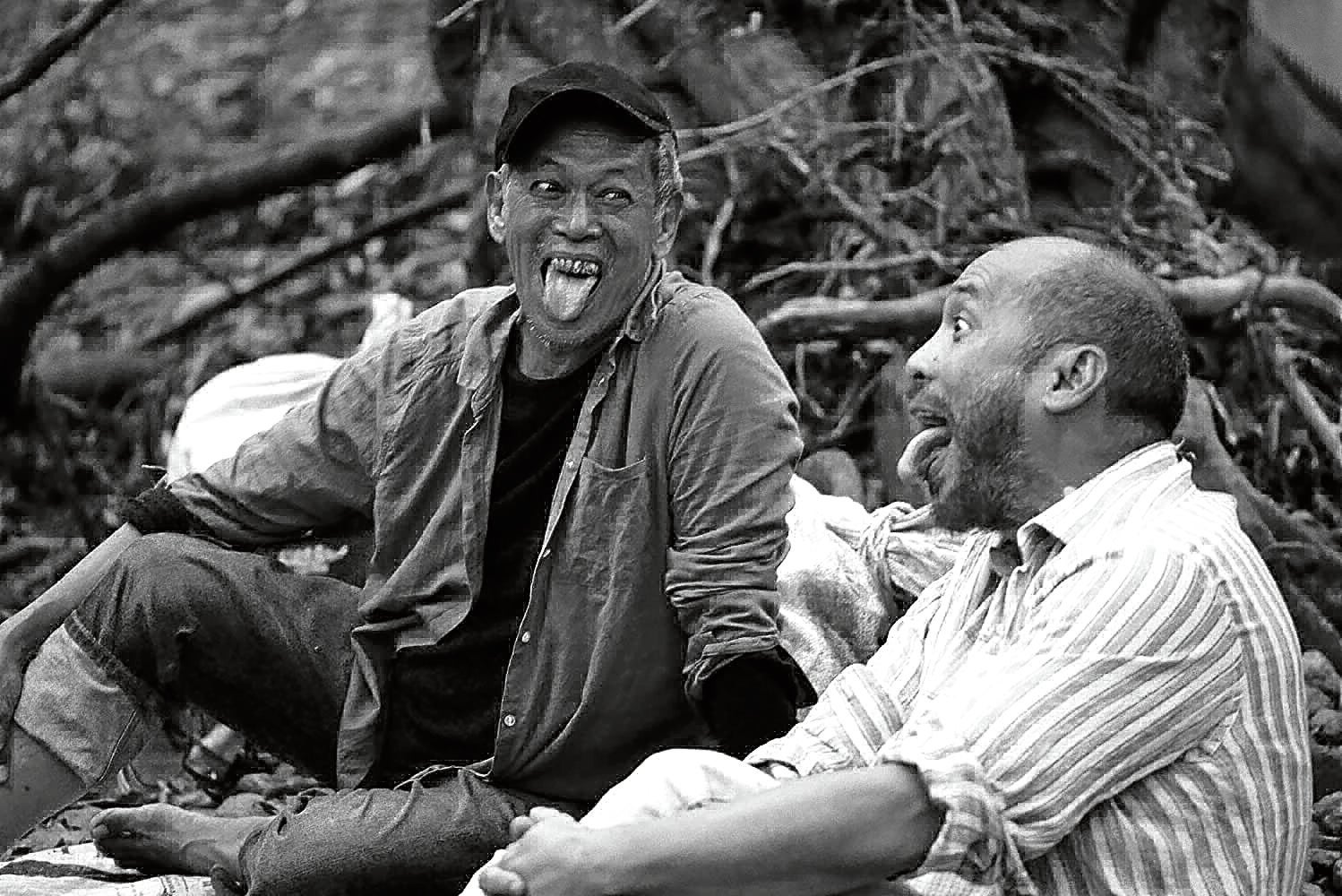 “Let’s keep on making films,” declared filmmaker Lav Diaz, who is once again being celebrated by Filipinos for bagging the best director honor at the 77th Venice Film Festival in Italy for his film “Lahi, Hayop” (Genus Pan).

“Let’s not stop [because] there are a lot of stories to tell, a lot of issues to face, a lot of battles to win,” Diaz told Inquirer Entertainment on Sunday.

His film, starring Bart Guingona, DMs Boongaling and Nanding Josef, gives viewers “a look at how much human beings are like animals.”

“Let’s not be afraid of tyranny and intimidation,” added the jet-setting multiawarded independent filmmaker, who said he was currently in the country finishing “Servando Magdamag” (starring the controversial John Lloyd Cruz). “We only have two or three more days to shoot. I’m working on the rough cut now,” he declared.

Bart, who is also part of “Servando Magdamag,” said Diaz had always been “a breeze to work with. He trusts his actors completely and never overexplains nor microdirects. You always have a feeling of total artistic freedom every time you work with him.”

For this particular project, Bart said, “Like always, the actors are expected to do their homework and come to the set knowing what they have to deliver, what the context of the scene is. Of course, there is a brief discussion of what he wants in terms of blocking—we often check the frame beforehand so we know our limits—and then we’re free to do our thing.” 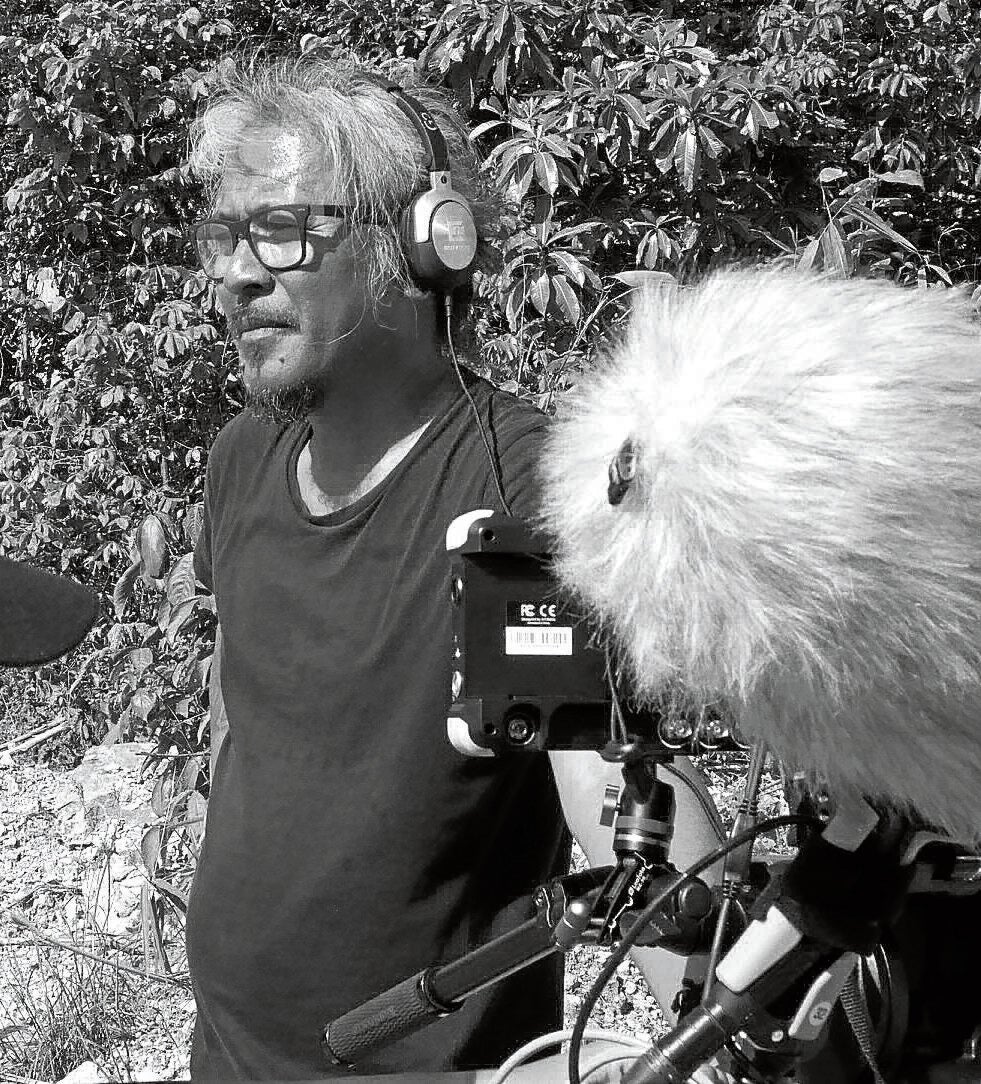 Similar to Bart, Nanding said working with Diaz on this project did not seem like work to him at all, “but like a vacation with good friends—eating, chatting, traveling to rural sites that are untouched by modernization and commercialism.”

Nanding described Diaz as “soft-spoken and gentle.” He added: “[During the shoot], we would hear a soft ‘action,’ and after a short while, a soft ‘cut’; and then we would transfer to another site … Lav’s process was quiet, relaxing, nonthreatening, but we all knew that our story, or the narrative he was creating from his mind and heart, was not a quiet story at all; it’s not about being ‘silent.’ It’s a film being created for the voiceless, and for those who are afraid to [speak up], urging them to make some noise.”

DMs, who also helped in the production work of “Lahi, Hayop,” said the entire shoot in Culion, Palawan, had been an awesome experience for him. “We were only a team of 10 and in a lock-in set. We treated each other like family. Everyone was expected to multitask. I was able to observe Lav better here compared to the other projects I did for him. He was also this film’s director of photography and I … sometimes assisted him. I even held the boom mic when needed and helped in the production design.”

One of the most memorable experiences for DMs was making the scene that required him (and costar Lolita Carbon) to face the enigmatic black horse, which had been untrained and was acting up prior to the shoot.

“When the camera started rolling, the horse suddenly calmed down, as if on cue. The surprise reaction that you will see on our faces was genuine. May bertud yata si Lav! Nature and animals would cooperate with him—just like what happened with Piolo Pascual and a cat in a scene in ‘Panahon ng Halimaw’ or the rain that poured on cue in ‘Mula sa Kung Ano ang Noon.’”

Bart has also shared an interesting anecdote while doing “Lahi, Hayop.” He let on that all three characters—Baldo (Nanding), Andres (DMs) and his Paulo—wore decaying false teeth during the shoot. 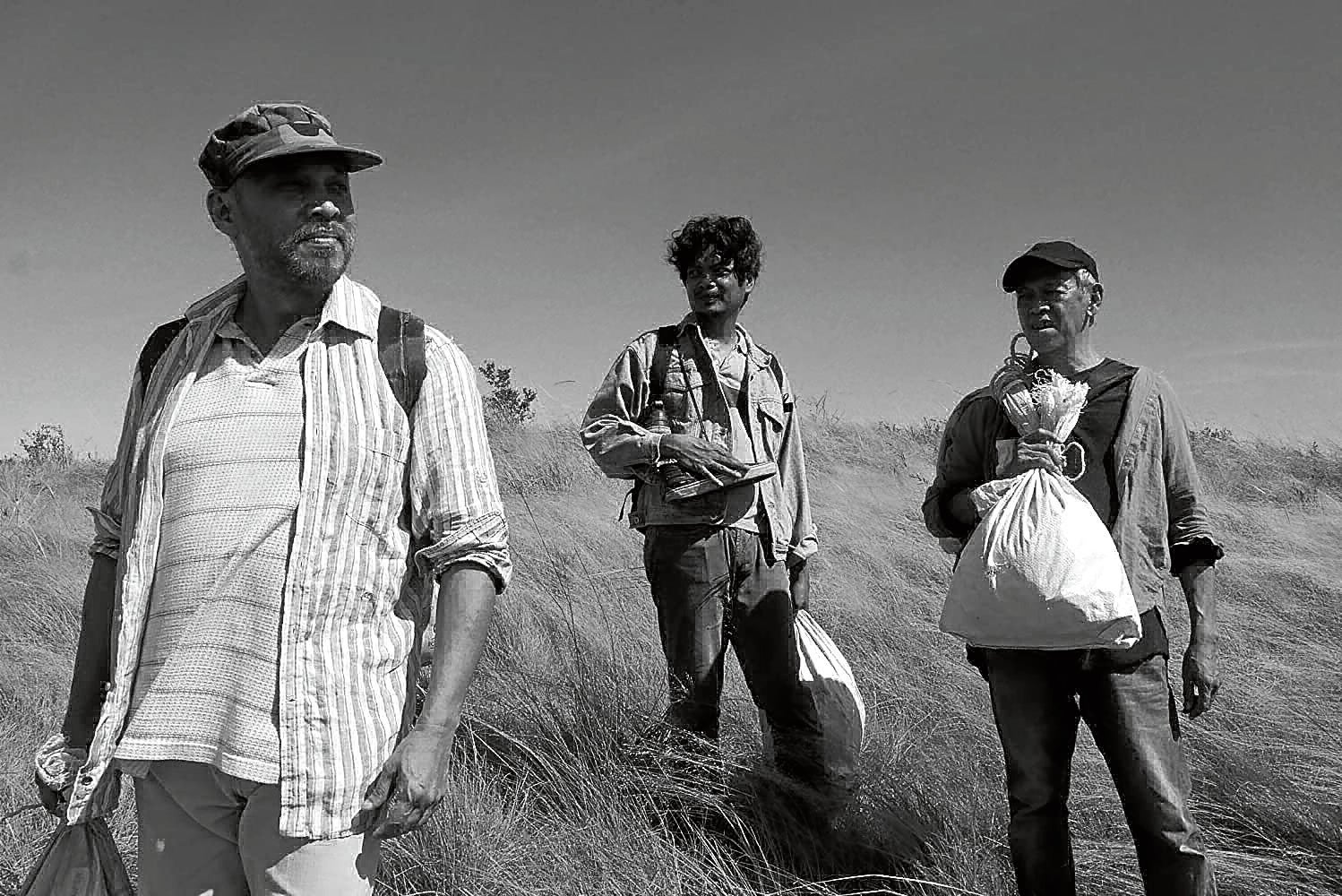 “One day, we traveled to the forest location, which was about an hour and a half from the town where we stayed. I found out that my false teeth were missing and that I had left them after soaking them overnight. I was really embarrassed and told Lav. He very patiently but firmly told me to go back and retrieve them,” he recalled. “That man is an endless well of patience and tolerance. I, of course, had to make the trip over very, very bumpy country roads back and forth as my penitence. Nakakahilo at nakakapagod.”

Nanding, on the other hand, compared working with Diaz to his experiences making films and plays with the late National Artist for Film Lino Brocka, “with some slight differences.”

Nanding explained: “Lino was loud in between takes, sometimes. He made jokes and shared with us the kalokohan in his head. Lav is introspective, but you will feel that he’s a good person, just like the noisy Lino Brocka.”

He added that while they had to travel on foot most of the time during takes, “there was no zapped energy at all. I loved the place. I loved the people I worked with. It’s the real world, under this government that zaps my energy,” Nanding pointed out. “Lav captured the tumultuous ‘real world’ that has been confronting us for many, many years: a world with many ‘animals,’ including many of us, who have failed to evolve as human beings with noble souls and spirits. Lav seems to be more advanced than many of us.”

“Lahi, Hayop” will also be screened at the 64th BFI London Film Festival, which will run from Oct. 7 to Oct. 18 in the United Kingdom.