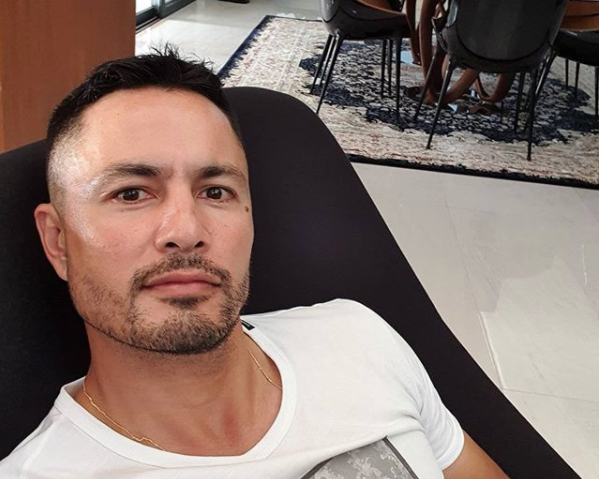 Derek Ramsay is warning the public of a poser who has been using his name and offering P150,000 to hire girls for supposed bachelor or stag parties.

The actor took to Instagram Stories yesterday, Sept. 14, to ask fans for help if they know the culprit, who used the phone number 09066976635 to text someone and introduce himself as Ramsay.

Ramsay’s plea for help came with a screenshot of the poser’s text to a person, whose identity was withheld, saying “Hi dear its Derek” at 11:26 a.m. on the same day.

“Hi guys. Someone is pretending to be me using this number. He asks for girls offering 150k for a stag party. This has actually been happening for years. If you have any info on who this person is pls DM me,” he said. 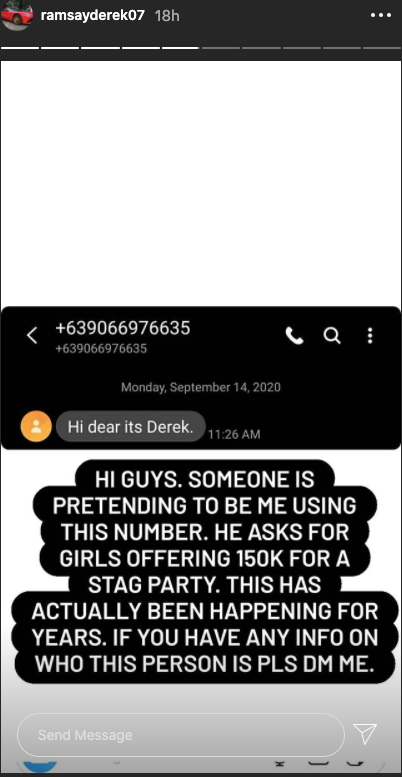 “I’d just like to thank my fans who brought it again to my attention about somebody pretending to be me, saying that I’m looking for girls to hire for P150,000 for a stag party,” Ramsay filmed himself saying in the following story.

“This has been happening for many years now and there’s no truth to it. I really appreciate those who have reached out to me to inform me about what’s going on. Thanks guys,” he added. 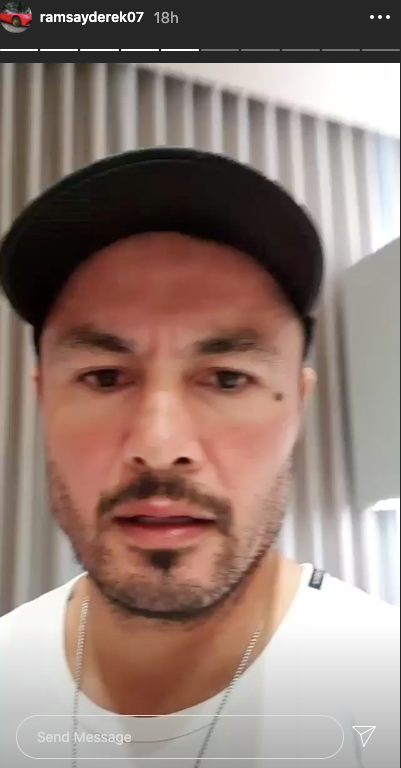 Ramsay in October 201 also warned fans of another impostor, who at the time used the identity of Ramsay’s friend and said that he or she was likewise organizing a party for the actor. It is unclear if the impostor is the same as the actor’s current poser.

Many other celebrities have lately been targeted by posers. For one, singer-songwriter Ebe Dancel last July warned the public of a poser asking his fans for videos of them singing to supposedly promote OPM. Alex Gonzaga last month likewise warned of an online poser who had been commenting on content via Facebook and YouTube.  /ra