Chris Evans has been trending on Twitter for accidentally sharing a picture of a penis — and fans are trying to make sure it does not get circulated.

The “Captain America” star shared a video on Instagram Stories of him playing the charades game “Heads Up” yesterday, Sept. 12. However, the video turned out to be a screen recording, and when it ended, it went to the camera roll where an X-rated photo was seen, Just Jared reported. 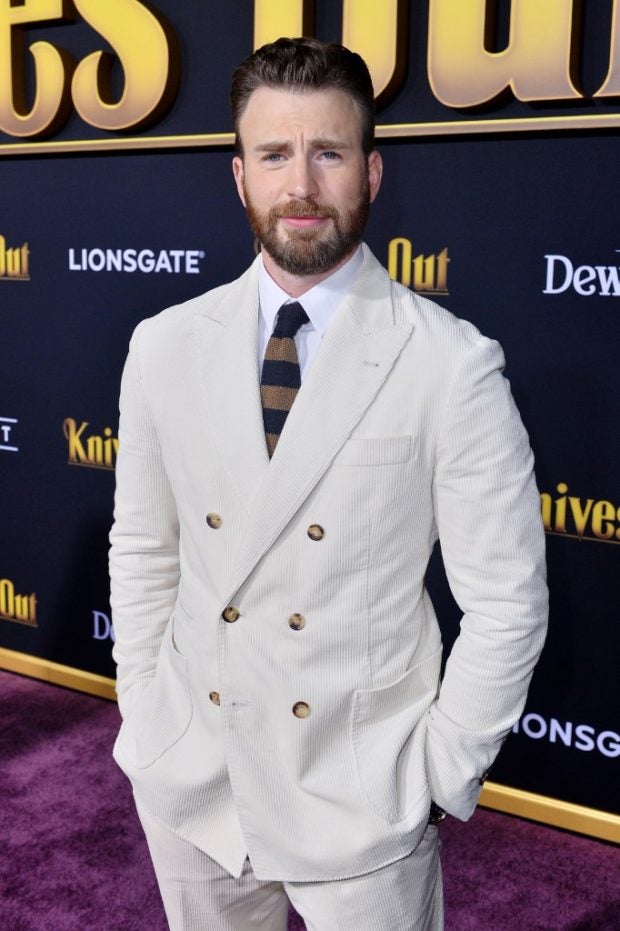 Chris Evans arrives at the Premiere of Lionsgate’s “Knives Out” at Regency Village Theatre on November 14, 2019 in Westwood, California. Image: Jerod Harris/Getty Images/AFP

Another photo visible in the camera roll was a meme of Evans with the statement “Guard that p*ssy”.

It is unclear whose screen recording the video was and who owns the leaked photo of a penis.

Fans on Twitter have been rallying behind Evans by posting photos of him with his dog to “cleanse” timelines when his name is searched on the social media platform.

please respect chris evans privacy, he suffers from anxiety and spreading the pictures only make things worse. please delete & don’t share! he deserves privacy. it was a mistake. anyways here’s a picture of chris evans looking cute with a dog pic.twitter.com/tUjCfG1zU1

Some also posted reminders that Evans suffers from anxiety and encouraged others to respect his privacy.

The fact that someone has to explain that it is not okay to violate someone's privacy like that is astounding, let alone the fact Chris Evans suffers from crippling anxiety. Everyone making jokes at Chris Evans' expense or sharing/saving the picture needs to grow up.
Take these: pic.twitter.com/cZ9Ir254yH

“Bro, while [President Donald] Trump is in office there is NOTHING you could possibly do to embarrass yourself. See… silver lining,” he said.

.@ChrisEvans Bro, while Trump is in office there is NOTHING you could possibly do to embarrass yourself. See… silver lining.

Evans himself is a staunch critic of Trump. He has yet to make a statement on the matter of the photo. Niña V. Guno/JB

Read Next
BTS: ‘Our sincerity has overcome language and race’
EDITORS' PICK
High inflation: Your P1 is now worth only 87 centavos
UK’s Boris Johnson will resign, BBC reports
High-risk pregnancy: Reducing your risk is in your hands
Geek out at TOYCON 2022 powered by Smart Signature
House energy committee chair Arroyo bats for cheap electricity
Unemployment rate up to 6% in May
MOST READ
Suspect in grisly killing of missing woman in Bulacan arrested
Kim Atienza’s daughter flaunts bikini body in response to critics of her ‘revealing photos’
Japanese artist who created ‘Yu-Gi-Oh!’ found dead in the sea
FDA probes popular Filipino noodle brand for ‘high level of ethylene oxide’
Don't miss out on the latest news and information.