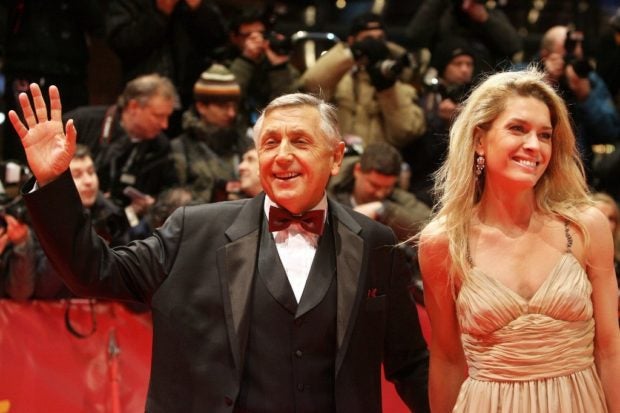 “Our dear Jiri, the bravest of the brave. Your body left our mundane world in our arms last night,” she wrote on Facebook.

In the 1960s, he was one of the leading figures of the Czechoslovak New Wave of cinema, alongside another Oscar winner Milos Forman.

Hrabal became an endless source of inspiration for Menzel, who shot the bitter-sweet film “Larks on a String” in 1969, depicting the life of people sidelined by the Communist regime ruling in then-Czechoslovakia and based on Hrabal’s novel.

He shot the film in the wake of a political meltdown known as the Prague Spring, a loosening of communist influence that was crushed by Soviet-led armies in August 1968.

The film was banned by the authorities, and it only returned to the screen after Communism was toppled in the peaceful Velvet Revolution of 1989.

It won the Golden Bear award at the Berlin international film festival in 1990.

“I always admired in Hrabal the ability to look at people and see them as they truly are, with a truly uncompromising perspective, but he still loved people,” Menzel said.

Menzel’s “Sweet Little Village” from 1985 earned him an Oscar nomination.

In 2006, he shot his last film inspired by Hrabal, “I Served the King of England.”

An occasional actor and writer and prolific theatre director, Menzel has won the French award of “Knight of Arts and Letters” — just like his muse, Bohumil Hrabal.