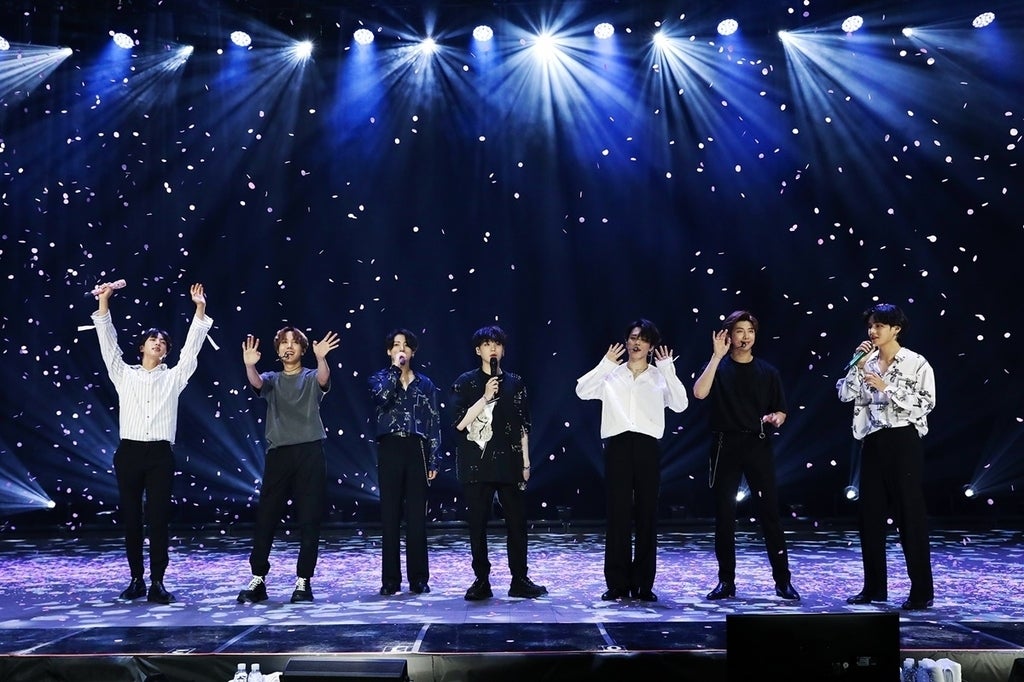 SEOUL — The recent news that K-pop sensation BTS had become the first South Korean act to top the Billboard Hot 100 chart with its new single created economic ripple effects worth around 1.7 trillion won ($1.43 billion), according to the Ministry of Culture, Sports and Tourism on Monday.

The amount is based on an analysis of data from multiple sources, including sales data for BTS’ agency, Big Hit Entertainment, as well as trade statistics from the Korea Customs Service and search statistics from Google Trend.

This is not the first time that BTS has proven its economic power amid the ongoing COVID-19 situation, which has forced many entertainment firms to cancel in-person concerts. The K-pop boy band in June held a successful online streaming concert, “Bang Bang Con: The Live,” which drew more than 756,000 paying viewers from 107 countries.

Culture Minister Park Yang-woo lauded the success of the concert during a roundtable meeting with leaders of local entertainment powerhouses, singling it out along with another coronavirus-era success story — S.M. Entertainment’s “Beyond Live” in April. That concert, which featured SuperM, was viewed by more than 75,000 people in 109 countries.

To support small and midsized entertainment companies in taking similar steps, the government said it would inject 29 billion won into the building of a studio for online concerts.

In making the announcement, the government explained that the studio is part of its Online Immersive K-Pop Content Production Project and that the 29 billion won budget will be used mainly to benefit small and midsized entertainment companies that wish to hold concerts like “Bang Bang Con: The Live” but cannot due to financial constraints. The project will be led by the Culture Ministry’s popular culture industry division.

According to the Culture Ministry, the budget will be used to assist some 30 online concerts.

“We have not decided on the specifics of how we will select the entertainment companies that we will support. However, since we will have to publicly select the companies, it is likely to be 30 different companies without overlap,” Cho Young-kwon, an official from the Culture Ministry, told The Korea Herald.

“We are also still looking into places where the studio could be built. Our current plan is to open the studio during the first half of next year,” Cho added.