Heneral Luna in the time of COVID-19 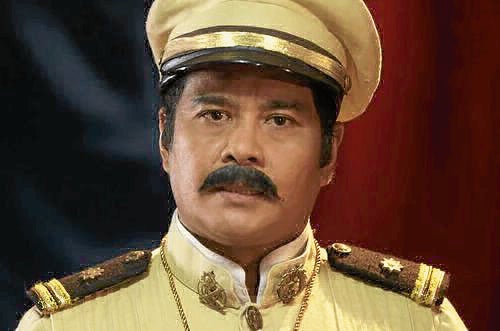 John Arcilla is having the time of his life as one of the talent scouts in TV5’s “Bangon Talentadong Pinoy” (BTP), which airs every Saturday, 8 p.m. It shows a different side of him. He also savors the joy of reminiscing about his “Heneral Luna” (HL) days.

It’s been five years since that iconic film was released. In commemoration, HL was streamed on TBA Studios’ YouTube Channel last Aug. 28. Hooray for LunArcilla!

As a talent scout in BTP, what is it that you’re looking for?

An extraordinary talent that we can showcase on the world stage. Something unique that our country can be proud of globally.

So far, which performance in BTP impressed you the most?

The “Ultimate Light Artist” Erwin Reyes. His talent isn’t very common. It is similar to El Gamma Penumbra, but unlike that group, he performs his light exhibitions all by himself.

What do you wish you could be good at?

Dancing or playing the piano so I could be an ultimate artist who performs for audiences all over the world.

What stands out in your memory about your movie, HL?

That it is still relevant, and it is sad, because that means our country is not yet progressing. Maybe we are getting more modern in many aspects, but our country is still dependent on another country.

And like what happened during Luna’s time, he was against the colonization of the United States. Now, another super power is very influential in our political and economic affairs. Then, there’s this line from HL: “Negosyo o kalayaan? Bayan o sarili? Pumili ka.” It still echoes all over the land.

If Luna was still alive, how do you think he would handle the COVID-19 situation in our country?

I don’t have any idea because COVID-19 is unusual. For sure, Luna will not allow other countries to control us. He will prioritize the welfare of Filipinos than suffer the consequences brought about by our “utang na loob” to other countries. I remember one of his lines, “Kung ang politika ay pagpapalaya sa mga nakikipagsabwatan sa dayuhan, kung ganon, ayaw ko ng pulitika.”

I always have a blast at my good friend Ogie Alcasid’s birthday parties. But this year, due to the pandemic, Ogs just had a simple celebration at home. In lieu of an invitation, the birthday boy sent me and other friends a one-month prayer devotional via SMS. That will serve as our daily dose of spiritual vitamins during this chaotic time.What a sweet gesture. Ogie is really a born giver. He’s generous in sharing stuff that money cannot buy. He ought to be called “OGive,” instead.

I was delighted by Lea Salonga’s private message to me on Facebook. She sent me the link to the music video of BTS’ latest hit, “Dynamite,” because its à la Michael Jackson. What a fitting tribute to the King of Pop on his 62nd birthday (Aug. 29).

Lea knows that I’m an MJ fanatic. Her message goes: “Sharing in case you haven’t seen it yet. Michael’s influence is all over this song, the choreography and vibe. It makes me so happy watching the video and realize how pervasive and long-lasting MJ’s influence is.

Just like Lea, I am overjoyed that MJ’s legacy lives on and on. His music makes all generation gaps nonexistent. How amazing that MJ’s signature moves are now part of the “Hallyu” phenomenon. The King of Pop has turned into King Oppa.