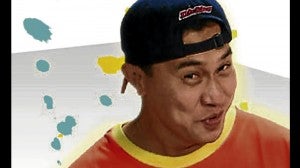 MANILA, Philippines—The wife of Eat Bulaga co-host Jose Manalo is asking a Quezon City court to award her more than P2 million in damages for the “malicious and oppressive” law suit that the show’s producer lodged against her.

Manalo’s estranged wife, Anna Lyn, also sought the junking of a petition for injunction and damages filed by the Television and Production Exponents, Inc.

Anna Lyn filed her 14-page answer with counterclaim in Branch 218 of the Regional Trial Court presided over by Judge Luis Zenon Maceren.

In her pleading, filed through lawyer Lowell John Fetizanan, Manalo’s wife asked to be awarded P2 million for moral and exemplary damages and P100,000 in attorney’s fees.

“Because of the filing of the malicious and oppressive lawsuit that added strain to her marriage, defendant (Anna Lyn) suffered mental anguish, besmirched reputation and serious anxiety and even sleepless nights,” her pleading said.

The pleading was in reply to TAPE’s petition asking the court to stop Manalo from contacting or approaching her husband.

The Eat Bulaga producer alleged that Anna Lyn had been harassing, and harming her husband since November last year.

TAPE claimed that to allow this to continue would disrupt their daily, orderly operations, such as Eat Bulaga’s live broadcast.

But Anna Lyn denied all of TAPE’s allegations, saying she had  “no knowledge or information sufficient to form a belief as to the truth of the allegations in the complaint.”

“Plaintiff, who, instead of sanctioning a supposed inefficient employee, is taking (up the) cudgels for the latter in order that the erring employee may continue to escape from his marital and filial obligations to aggrieved family,” the answer read.

She alleged that the civil suit was filed after she lodged a criminal complaint for  violation of  Republic Act 9262 (Anti-Violence Against Women and their Children Act) against her husband in the San Juan City Prosecutor’s Office.

“Unfortunately, despite the strong allegations of criminal acts against its talents, plaintiff (TAPE) which prides itself of producing a wholesome noontime show, chose to harbor a suspected criminal and further aggravated the situation by filing this complaint which is nothing but a ploy to divert the attention from the real issue – which is the criminal liability of Jose against his family,” the defendant said.