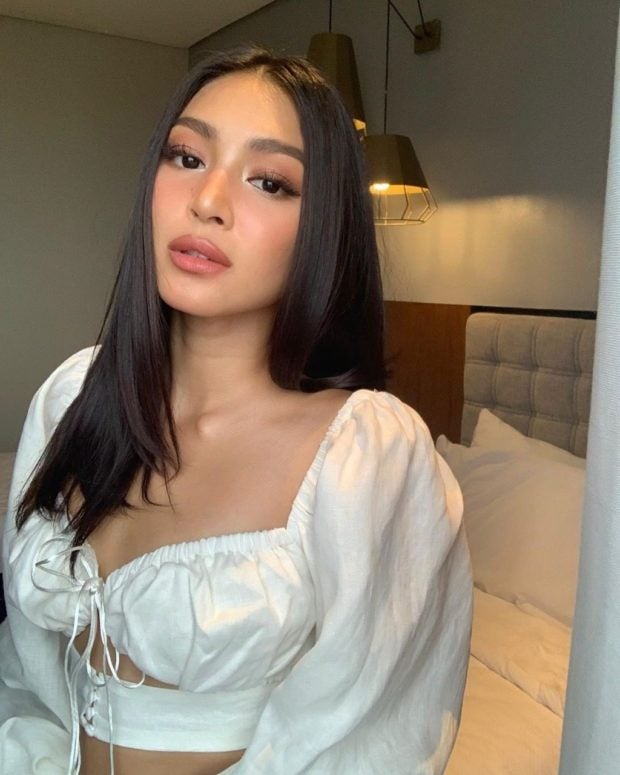 Before becoming the star she is today, it seems that Nadine Lustre was just like any other Filipino kid who was fooled about the true nature of kisses — not the chocolate, but the small, sago-like balls that allegedly “reproduce.”

Aside from believing that kisses can multiply by themselves, however, a young Lustre back in grade school thought that these could actually turn into pokemon and sold them to her classmates — along with the idea.

One of them, who apparently got “scammed” by Lustre, recalled their grade school memories in a now-deleted series of tweets, which Lustre shared via Instagram Stories earlier today, Sept. 2.

“Nadine Lustre was my classmate in elem. She sold me kisses, yung parang sago? She told me [that when those things grow], they would turn [into] actual pokemon,” Lustre’s former classmate with the Twitter handle @paolothehuman said.

“I still bought them because I was a pokemon fan. Nadine! Those kisses never turned [into] Blastoise!” he quipped. 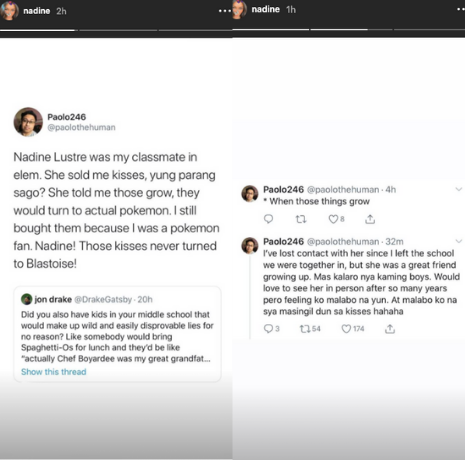 Lustre’s childhood friend also shared that he has since lost contact with Lustre when they left their school, but noted that Lustre “was a great friend growing up” and that she spent more time playing with boys.

“Would love to see her in person after so many years pero feeling ko malabo na yun. At malabo ko na sya masingil dun sa kisses hahaha,” @paolothehuman said in another tweet.

(Would love to see her in person after so many years but I feel that is unlikely. And it is also unlikely that I will get my money back from her for those kisses.)

Aside from sharing her former classmate’s tweets, Lustre also emphasized – in her defense – that Filipino kids used to believe a lot of myths surrounding kisses, which are just aroma beads that have been turned into urban legend.

Among the beliefs that Lustre shared were that kisses should be stored in dark places, should be put in cotton soaked with water and alcohol, along with baby powder, of course.

“The ates in [Divisoria] who sold it to [me] told me they were pokemon. Found out in grade 6 that they were mf candle wax,” she also stressed.

“Good to know I’m not the only one who was scammed by this (laughing emoji),” Lustre added. 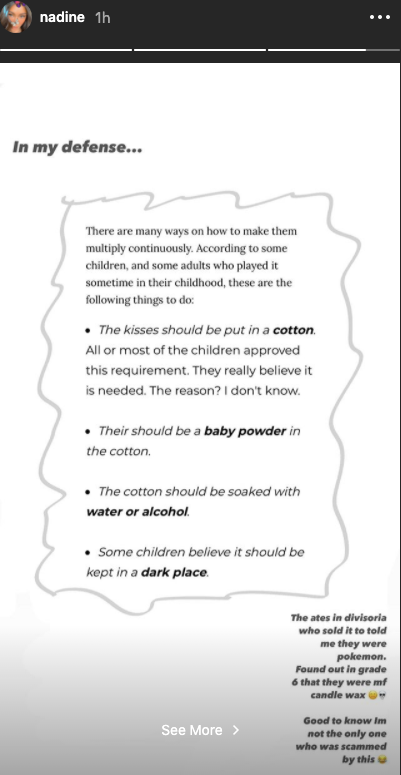 “Nadine” has been one of the top trending topics on Twitter Philippines as more and more fans of the actress find the anecdote both hilarious and adorable.

“[Nadine’s] recent IGs make me laugh [rolling] on the floor laughing so we all got scammed and fooled by [adults] (or our fellow friends) on elementary school days, right? hahaha” one Twitter user @paradoxbae posted earlier today.

nadine recent IGs make me laugh 🤣 so we all got scammed and fooled by adult (or our fellow friends) on elementary school days, right? hahaha

A JaDine Twitter fan account likewise shared Lustre’s Instagram Stories and thanked @paolothehuman for giving them a glimpse of how Lustre was when she was a kid, noting that she was as “adorable as she is now.”

Good morning @paolothehuman !
Nadine Lustre featured you in her IGS!

Thank you again for sharing that funny anecdote of kisses & Pokemon! Gave us a glimpse of how #NadineLustre was when she was a kid! Still adorable as she is now! pic.twitter.com/IA1T0QuMOA

The fan in the following tweet pointed out that while many Filipino kids used to believe sellers that kisses reproduce by themselves, only Lustre “SELLS KISSES THAT WILL EVENTUALLY GROW INTO POKEMON.”

LOOK: Nadine Lustre, James Reid together for his mom’s birthday