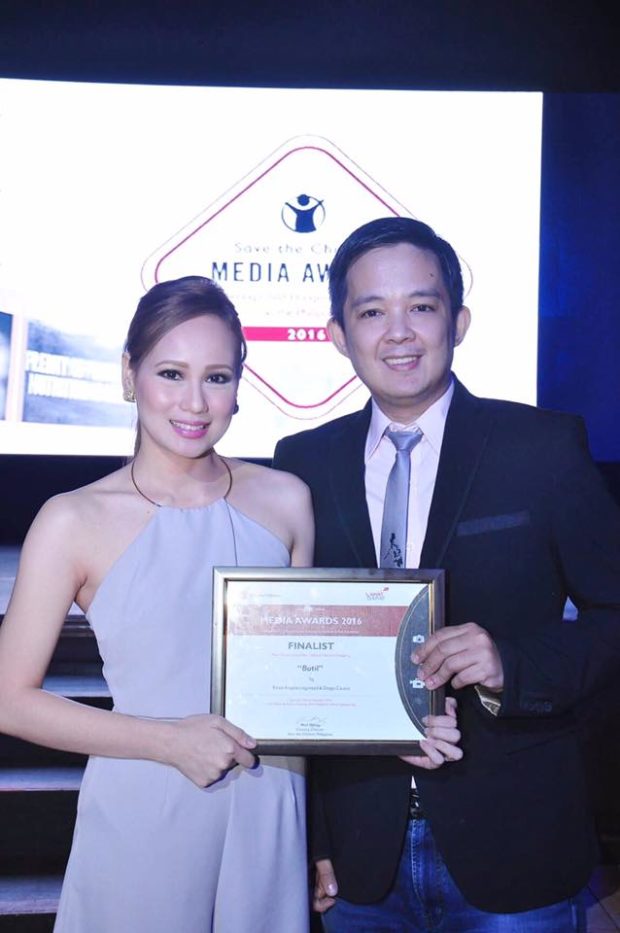 News anchor Diego Castro has been able to recover after collapsing at the restroom of a grocery, thanks to a good Samaritan whose identity remains unknown.

The 1990s star and his partner Angela Lagunzad, also a UNTV anchor, broadcast their gratitude on social media to the mystery man who lent his help to Castro on Saturday, Aug. 29.

Lagunzad recalled on Facebook that she found out Castro had collapsed when she received a call from his phone, but an unknown person was speaking to her.

Earlier today Diego was found unconscious in the cr of a grocery store , he had collapsed according to the person who…

“When I arrived where Diego was, this guy even assisted me where to get cold water and Gatorade as I was really panicking,” she said, noting that as she spoke to the man, “all I was doing was spraying Diego’s whole body with alcohol!!!!”

However, the man was gone after she paid at the cashier. She then decided to air his good deed on Facebook.

“Posting this because I wasn’t able to ask for this guy’s name who stayed by Diego until he was [OK],” she explained. “He didn’t take advantage even though Diego’s wallet and cellphone were just on the floor. He even made sure Diego won’t sleep through after collapsing.”

“To this good Samaritan, whoever you are, THANK YOU SO MUCH for helping him without asking for anything in return and may God bless you,” she said. She added that he could have been Castro’s guardian angel.

Castro also posted a message for the good Samaritan on Facebook yesterday, Aug. 30.

A letter of thanks to all of you and my Good Samaritan,I would like to thank all those who sent their well wishes and…

“I would like to thank all those who sent their well wishes and prayers for me,” he said.

“It was a truly a scary moment for us, but because of the help of a good [S]amaritan, the love and care given by my partner in life Angela Cancio Lagunzad, and all of your support, I can close this page from the story of my life and if God permits, I still have a chance to turn my health around.” JB

Read Next
MTV dedicates VMA show to ‘true hero’ Chadwick Boseman
EDITORS' PICK
Experience clearer calls nationwide with Smart VoLTE
Tracing app pesters MRT commuters
New Year, New Rediscoveries
Senate probe foils vaccine overpricing
Editorial: Unusual haste
Driving can be even more rewarding this New Year — here’s why
MOST READ
Duterte to firms: No franchise until you settle your accounts with gov’t
7 copassengers of UK variant patient can’t be traced
Norway advises caution in use of Pfizer vaccine for the most frail
#DefendUP trends after DND scraps agreement with UP
Follow @NGunoINQ on Twitter
Don't miss out on the latest news and information.