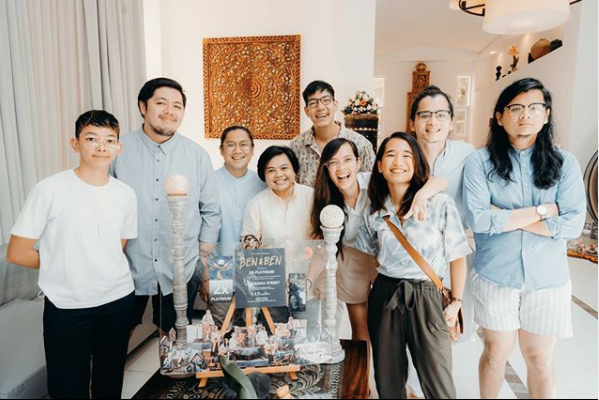 Ben&Ben announced that the earnings of its latest single “Nakikinig Ka ba sa Akin” will be donated to ABS-CBN workers, who lost their jobs after the media giant lost its bid for a new legislative franchise last July.

The folk-pop band placed its donation to “programs that will support retrenched employees of ABS-CBN” through the TV network’s foundation, Lingkod Kapamilya, according to Ben&Ben’s Twitter post yesterday, Aug. 28.

sharing with you that we've given earnings from our song "Nakikinig Ka Ba Sa Akin" to programs that will support retrenched employees of ABS-CBN, through Lingkod Kapamilya. pic.twitter.com/IYfpZNuETD

“The band’s goal in releasing the song has always been to be of service to retrenched employees of ABS-CBN,” it said through a follow-up tweet.

the band's goal in releasing the song has always been to be of service to retrenched employees of ABS-CBN.

“Nakikinig Ka ba sa Akin” (Are You Listening to Me) is a song about empathy and an appeal to listen and understand each and everyone’s insight and wishes.

“Isang alay sa ating mga kapamilya [dahil] sa bigat ng mga pangyayari ngayon (A tribute to our Kapamilya because of the grave situation we are in now),” the band stated.

The media giant’s application for a franchise renewal was denied on July 10 after 13 hearings tackling various issues about the network.

This month, ABS-CBN began retrenching numerous employees, as well as ceasing operations of some of its businesses, as its franchise to operate its free TV and radio broadcasts remains illusive.  /ra