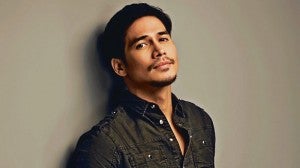 PASCUAL: “Love will come at the right time, for the right person.”

After his highly publicized breakup with actress KC Concepcion, Piolo Pascual said he has been keeping mum about his personal life for fear of being misquoted in news reports.

“Mahirap magsalita. People end up giving different meanings to the things I say,” said Piolo during a recent media gathering for his latest film, “Every Breath U Take.”

The actor was asked to enumerate the qualities he likes in a girlfriend. “I don’t want to be misquoted. Love will come at the right time and for the right person. I remember being asked about my plans for settling down and replying that only time would tell,” said the actor. “Right now, I’m just going with the flow. There are things I need to do for myself first. I have work commitments and I want to focus on them.”

Viewers reacted to KC’s tell-all interview about their breakup in November 2011 by posting nasty comments online about Piolo, mostly in relation to his sexuality. However, Piolo’s bosses in ABS-CBN made sure he was not affected by the backlash—he still has product endorsements, the drama series “Dahil sa Pag-ibig,” and now a Star Cinema romantic-comedy opposite another Kapamilya star, Angelica Panganiban.

“Nakakadala ’pag nandiyan siya. He inspired me to work harder. I was always challenged to match his energy level on set,” Angelica said. “He spoiled me by bringing me food. There’s also that handsome face of his! I just loved looking at his face!”

In the movie, Piolo plays Leo, who is so focused with work that love is the last thing on his mind. Meanwhile, Angelica portrays Majoy, a hopeless romantic and always on the look-out for her one true love. “On this premise, the two meet and go through hilarious situations as they try to make their relationship work,” said the film’s director Mae Czarina Cruz.