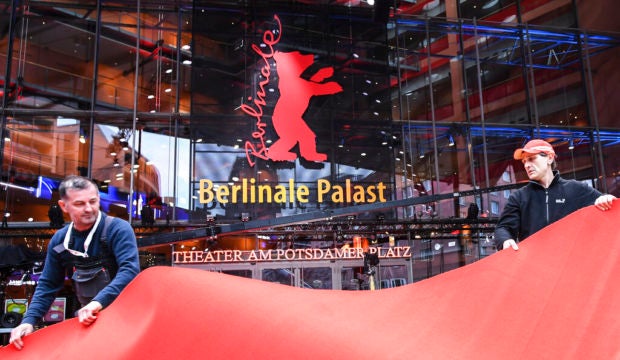 Workers roll out the carpet for the 70th edition of the Berlin International Film Festival, in Berlin, Germany. (dpa via AP, File)

BERLIN  — The organizers of the Berlin International Film Festival say they will stop awarding separate acting prizes to women and men beginning next year.

Berlinale organizers said Monday the performance awards will be defined in a gender-neutral way at next year’s festival, for which a physical event is planned.

In a statement, the co-heads of the festival, Mariette Rissenbeek and Carlo Chatrian, said “not separating the awards in the acting field according to gender comprises a signal for a more gender-sensitive awareness in the film industry.”

At the same time, the Alfred Bauer Prize, which is named after the festival’s founding director, will be permanently retired. The prize was suspended this year due to revelations about Bauer’s role in the Nazis’ moviemaking bureaucracy.

Commenting on the decision to hold a physical event next year, despite uncertainties due to the coronavirus pandemic, the two directors stressed the need for a “lively relationship with the audience.”

“In times of the corona pandemic, it has become even clearer that we still require analogue experience spaces in the cultural realm,” they said, noting that other festivals have also resumed holding physical rather than virtual events.

The 2021 festival is scheduled for Feb. 11-21. This year’s festival was one of the last major events that took place before the coronavirus pandemic largely shut down public life in Germany.